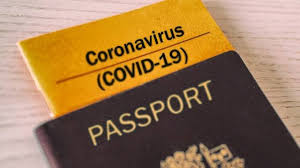 The syndicate behind the scam is reportedly charging $45 for their services. The matter came to light after the publication following a tip-off embarked on a week-long investigation and notified one Mr. Nyamugama and told them they needed fake COVID-19 certificates.

An unsuspecting Mr Nyamugama asked the crew to return in a couple of days as he wanted to organise with his workmates first. The crew exchanged phone numbers with Mr Nyamugama who communicated regularly via Whats App, using his number 077 5 438 768.

This second certificate was collected on Tuesday January 12, 2021.The certificates were signed off by two different people, one by a C. Guzha and the other by a T. Tenesi while B. Nyakuedzwa approved both certificates, indicating that the syndicate is tightly-knit and involves a wide network.

Mr. Nyamugama reportedly did not make any attempts to test the crew as per standard procedure.

When contacted for comment ZRP Spokesperson Assistant Commissioner Paul Nyathi said they will investigate the issue:

We are aware that there are some who are operating underground and we urge members of the public who have information about such operations to come forward so that we can begin investigations.

Obadiah Moyo was fired from his ministerial job last year after journalists unearthed the COVIDgate that involved Drax selling COVID-19 sundries to the government at inflated prices.