Frank Buyanga Sadiqi’s lawyers have dismissed reports circulating on social media that the businessman died in a shooting yesterday.

The stories had started with another businessman Mutumwa Mawere claiming Buyanga might be missing as he asked Twitter if anyone has heard from him in 24 hours.

A letter from Sadiqi’s lawyers William Wilcock Incorporated Attorneys, Buyanga was said to be alive and well and not in any way involved in a shooting:

We are concerned and have become aware of rumours circulating in the media as well as social media, that our client. Mr Frank Buyanga Sadiqi, is missing or has been killed in an alleged gunshot incident.
We can confirm that we have been in contact with our client today, 16 January 2021, and that he is alive and well and was not involved in any shooting incident.

We can confirm that the rumours about Mr Frank Buyanga Sadiqi being missing or killed are untrue. Our client is safe and well.

We thank everyone for their concem but there is no truth to any of the rumours. Thank you.
Yours faithfully 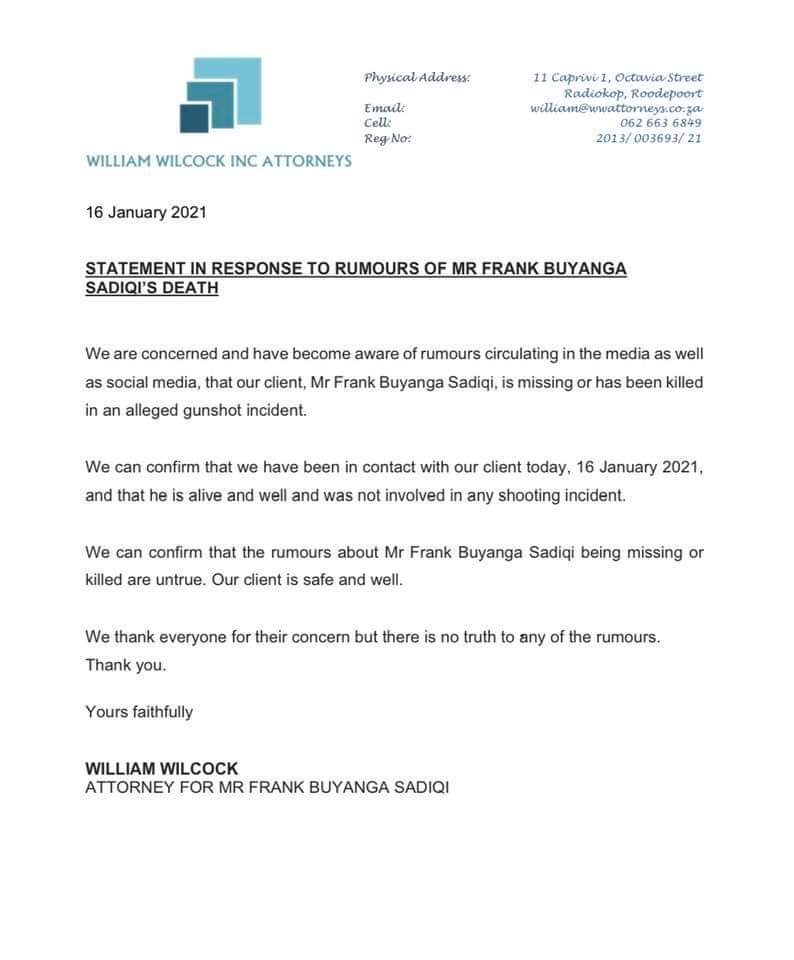 Buyanga last month headlined after his gold coins worth millions of brands were taken by the South African authorities. He has been involved in a nasty custody battle with his ex over custody of their minor child.