The Meteorological Services Department (MSD) has warned the people in Masvingo, Matabeleland South, Midlands, and Manicaland that they are likely to receive heavy rains in excess of 50 mm tomorrow. A statement published by the department states that:

Widespread rainfall activity which might be thundery in places. with localized heavy downpours ni excess of 50 mm in 24hours is expected along and to the south of the main watershed covering, Masvingo, Matabeleland south, Midlands and Manicaland province. These stones may be associated with destructive winds. 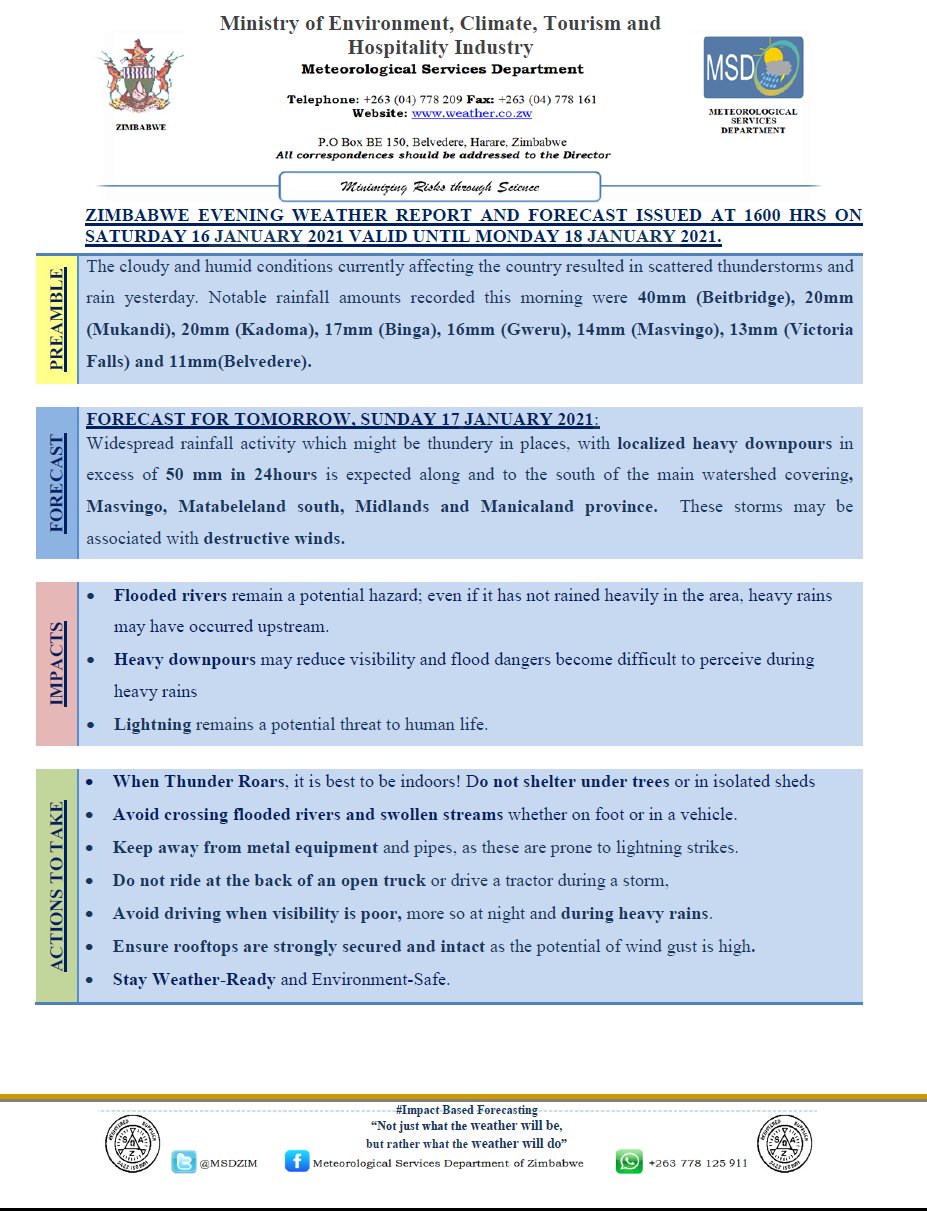