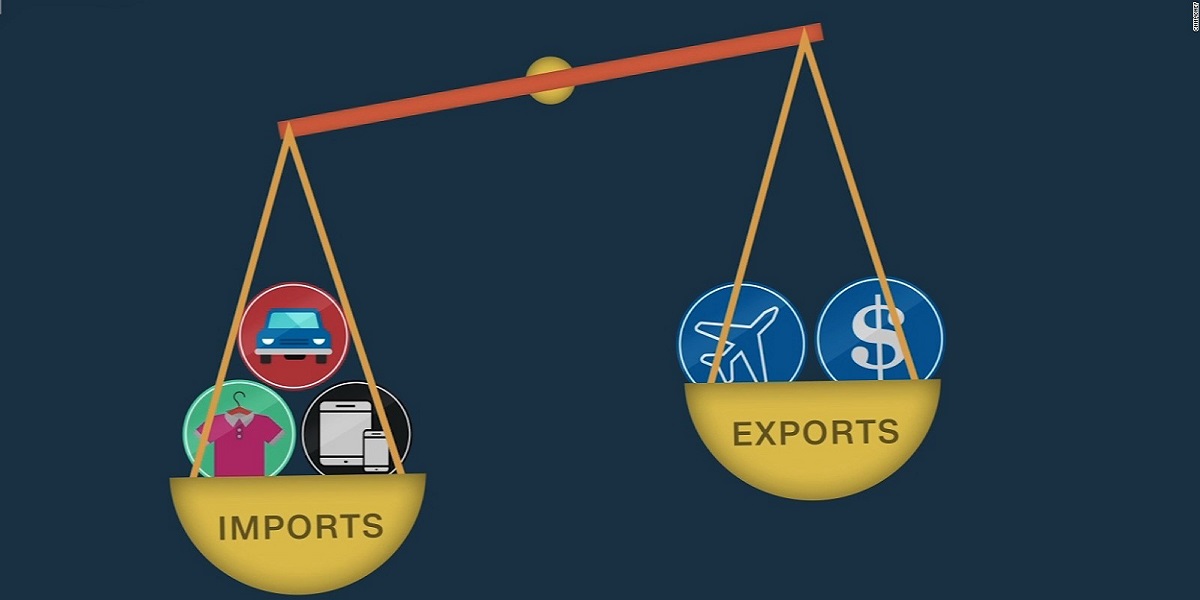 Former Sunday Mail editor, Edmund Kudzayi has claimed that a trade deficit is not necessarily a bad thing. A trade deficit is an amount by which the cost of a country’s imports exceeds its exports. It’s one way of measuring international trade, and it’s also called a negative balance of trade. Below is Kudzayi’s Twitter thread on the matter.

The first point is that FDI is not limited to financial flows. To grow productive capacity of a country, it can lead to growth of imports of capital and intermediate inputs for industry. Zimbabwe has few industries producing these.
Those asset and intermediate inputs flows are recorded as imports. A simple example below:
A French businessman invests US$5m in plant and machinery, made in China and to be set up in Harare. ZIMRA records that plant and machinery as imports, despite it in reality being productive asset flow. The immediate result will push balance towards a trade deficit.
Large-scale mining investments take years before anything comes out of the ground. The immediate effect of such FDI is to establish productive capacity through technology, all of which is imported. It will result in an apparent deficit, but it is not necessarily negative.
The idea that trade deficits are in and of themselves negative is misinformed. Mthuli and crew know as much but they use this sleight of hand as propaganda to mislead the public into believing that progress is being made.
On the example from yesterday, US$3 billion FDI would create a capital account surplus which is generally offset by trade deficit. Yet this is only true in the static sense (for the period of FDI flow) and this is where economic feedback loops come into play.
A country attracting FDI is growing its productive base; it should be able to produce more goods in the future. If it does so, it will either export more, import less or both in the future. This reduces future trade deficits, while it also grows its economy.
The reason behind this obsession with surpluses is the failure to recognise that the economy is dynamic. Everything is looked at in an accounting sense of balancing books, which is a serious cognitive barrier to our economic policy thinking.
Same is true of budgets. A country that runs budget surpluses at expense of education and health, is reducing its human capital for the future. It is reducing its productive base and is bound to run budget deficits in future because it is running down its tax base.
Now quoting International Journal of Economics and Finance Vol. 12, No. 7; 2020 which examines FDI impact on trade balance in Cote d’Ivoire
“FDI may have negative effects on trade balance through increased imports. This is particularly the case when multinational firms tend to import high-technology machines as well as intermediate inputs which increase the host country imports.”

“This increase in import demand negatively affects the trade balance, leading to negative consequences for the host country’s balance of payments (Helpman, 1984; Markusen & Venables, 1998).”
“An increase in foreign direct investment as a share of GDP is associated with a decrease in trade balance. Thus, foreign direct investment inflows to Cote d’Ivoire lead to a deterioration of the trade balance.”
“Cote d’Ivoire [should] encourage FDI with low import content in the long run. More precisely, FDI should be oriented towards sectors that use local goods and services to produce finish goods that might serve as substitute for imports in the country.”
Finally, we should also not lose sight of how the ‘surplus’ has arisen. Hyperinflation in the last two years, has eroded people’s income and wealth. It is not surprising people import less; they have been impoverished. It is not progress but regression.
There is a domestic casualty to this, our domestic industries. Many have seen their markets contract, with fall in real incomes. No wonder the economic contraction continues. Yet we are meant to celebrate a trade surplus!
Some will argue that supermarkets are now full of domestically manufactured goods. That is true! But it reflects that there is no demand for these goods on account of squeezed incomes. Otherwise, they would be flying off the shelves and everyone would be happy.