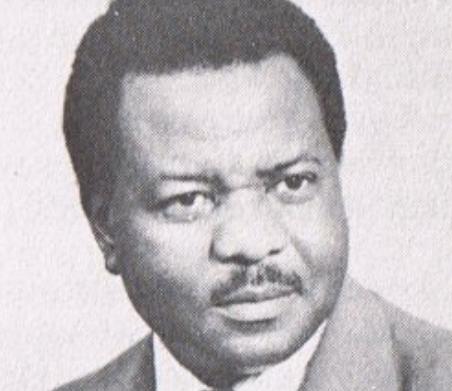 90-year-old liberation war hero Morton Malianga has died. His death was announced on Twitter by the Sunday Mail which promised to give more details later.

The NewsHawks Posted a short biography about Malianga and said he was one of the pioneers of the liberation struggle:

Moton Dizzy Paul Malianga, one of the pioneers of Zimbabwe’s armed liberation struggle, has died. Born in 1930, Malianga was jailed 10 years by the racist Rhodesian regime for his nationalism. He was VP of the National Democratic Party and later Zapu’s public affairs secretary.

According to his biography  on Pindula:

Morton was born at Old Umtali Mission on 8 June 1930. His father was a teacher and evangelist and at one time the editor of the Methodist Church paper called Umbowo. He went to St Francis Xavier College, Kutama for his primary education and finished in 1947. Later he went to Khaiso Secondary School, Adams College and Ohlange Institute in South Africa.

He attained his Matriculation Certificate in 1953. After leaving school he worked as a clerk in a department store in South Africa, and in 1955 was promoted to manager. In 1957 he obtained a professional certificate in accountancy, ASCA (SA).

He returned to Zimbabwe 1957 after having been involved with the South African ANC. He became a teacher in Highfields. In 1958 he joined the ANC. In 1959 he left teaching to dedicate his time to politics after the arrest of many nationalist leaders in February 1959, among them Maurice Nyagumbo.

After the arrests, consultations were made amoung those who were outside leading to the formation of the National Democratic Party (NDP) in 1960. Malianga became its Vice President at its first congress in November 1960 and he held this position until 1961.

He was Secretary for Public Affairs in ZAPU 1962.He was a leading figure in the opposition against Joshua Nkomo and formation of ZANU in 1963, becoming its Cario representative and, in 1964, its Secretary for Youth and Culture.

Details of how he died and any burial arrangements are still sketchy, we will update this article if new details emerge