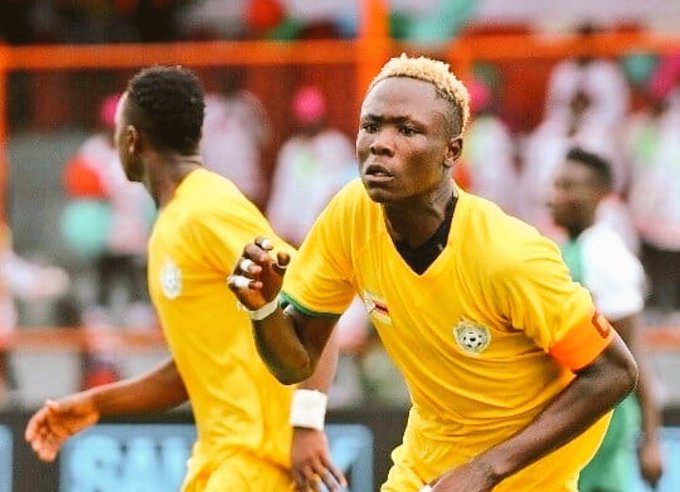 Highlanders FC has taken the time to celebrate their young player Andrew Mbeba (20 yrs 11 months) who is part of the squad that is in Cameroon right now for the CHAN tournament.

Highlanders praised young Mbeba and stated that he is the current PSL rookie of the year:

Andrew Mbeba (20 yrs 11 mnths) is the youngest member of the Warriors Chan squad set to raise the country’s flag high in Cameroon. The Bosso junior product captained the national Under 20 side to the final of the COSAFA tournament in 2018. He’s the reigning PSL rookie of the year.

The backline you can trust… The trio of goalkeeper & captain Ariel Sibanda, defenders Vice-captain Peter Muduhwa & former national under 20 captain Andrew Mbeba are part of the Warriors squad representing the country in Chan tournament to be played in Cameroon. Go Warriors Go!

The warriors will tomorrow play Cameroon in the tournament’s opening match at 6 PM. The warriors had been in camp for the tournament for some time and some of them tested positive for COVID-19 and recovered during the time they were in camp.