The Meteriology Sercives Deaprtment has warned Zimbabweans in various parts of the country that heavy rains in excess of 30mm is still possible today and tomorrow.

This was revealed in a focast that stated that some part of the country like Seke and Goromonzi received 38mm and 29mm respectivelly:

ALL AREAS It should be mostly cloudy and warm with rain-showers that may be thundery in places. Localized heavier falls in excess of 30mm remain probable especially over high ground. Mild conditions are expected overnight. 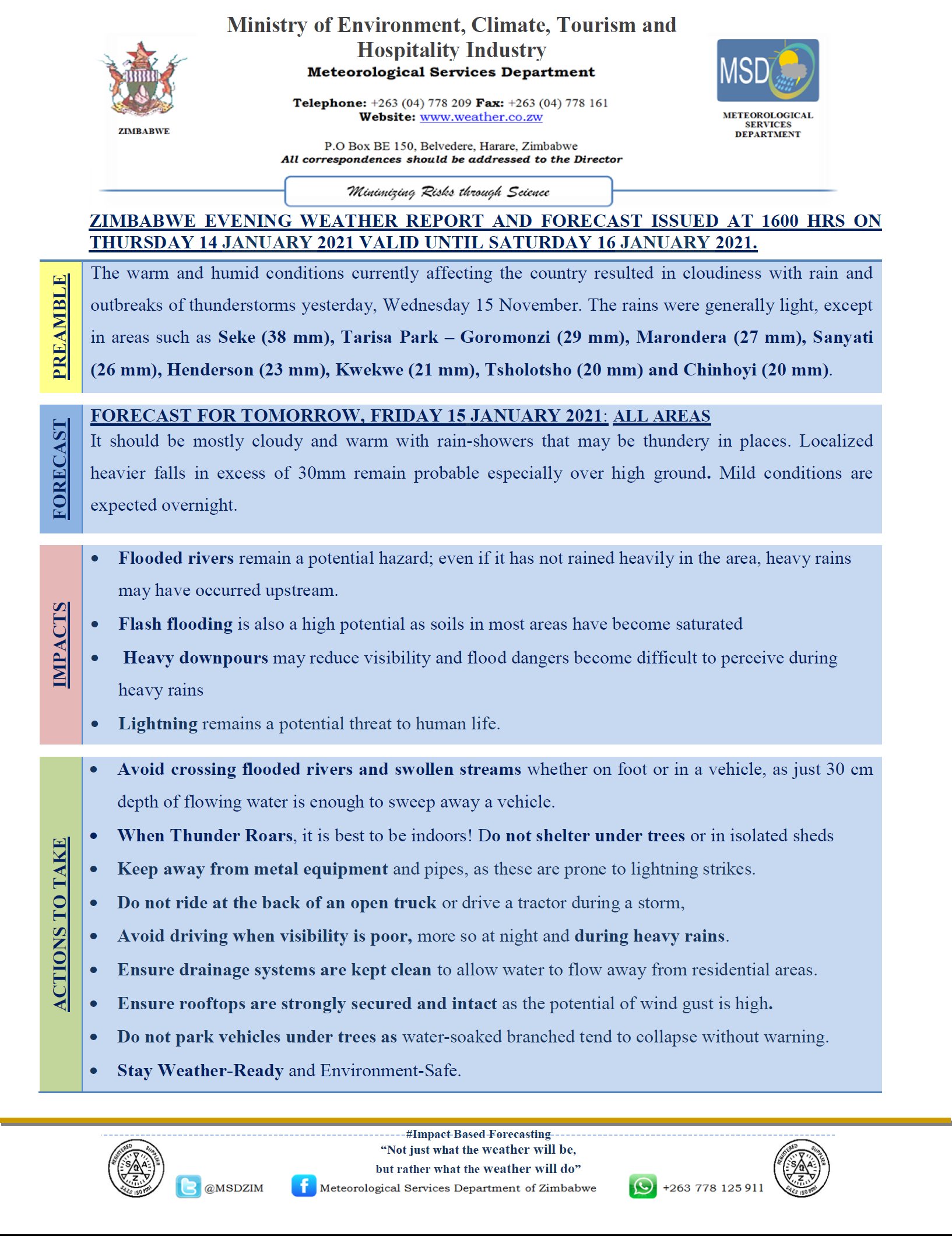