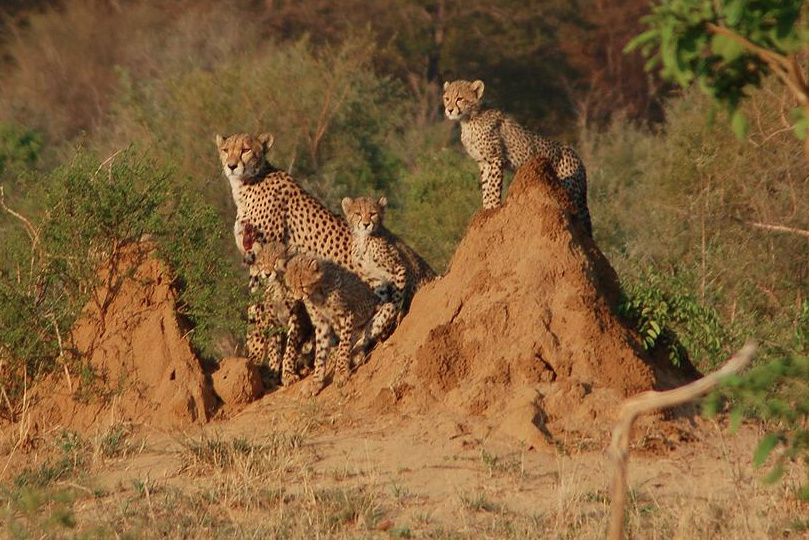 Villagers in Beitbridge’s Ward 5 locked up their children after they mistook two cheetahs for lions on Tuesday morning around 7 AM.

The “lions” were spotted in Goda area located some 26km from Beitbridge town along the Beitbridge-Masvingo Highway and villagers stopped all farming activities to catch a glimpse of the carnivores.

Calm only returned to the village after Zimbabwe National Parks and Wildlife Management (Zimparks) rangers arrived around 10 am to take care of the cats.

We have done our investigations. These are cheetahs which have been killing goats and sheep in Beitbridge East.

… We encourage people to report any problem animals to our offices so that we may assist them professionally.

Manuwere said that rangers from Bubye Valley Conservancy (BVC) were called to sedate the cats.

He said the rangers had captured one of the cheetahs while the other escaped towards Three Way Safaris.

The villagers said they were glad for the swift response from the national parks authorities.

Cheetahs rarely attack people and the few reported cases worldwide are often attributed to self-defence when the animals are cornered.

However, more dangerous animals such as Hyenas, lions, buffaloes and elephants have become a perennial menace for villagers in Beitbridge district.