The government has seemingly moved to stop the demolition of over 11 000 houses built on land acquired illegally in Chitungwiza.

This comes after the Minister of Local Government and Public Works July Moyo wrote a letter directed to the Town Mayor Lovemore Maiko, requesting a list of all illegal sites in the dormitory town.

In the letter, Minister Moyo directed Cnllr Maiko to cooperate with the office of the Provincial Development Coordinator. The letter reads in part:

I wish to advise that the Provincial Development co-ordinator was carrying out his normal duties on the matters below.

The council has to supply a list of all sites to be demolished. 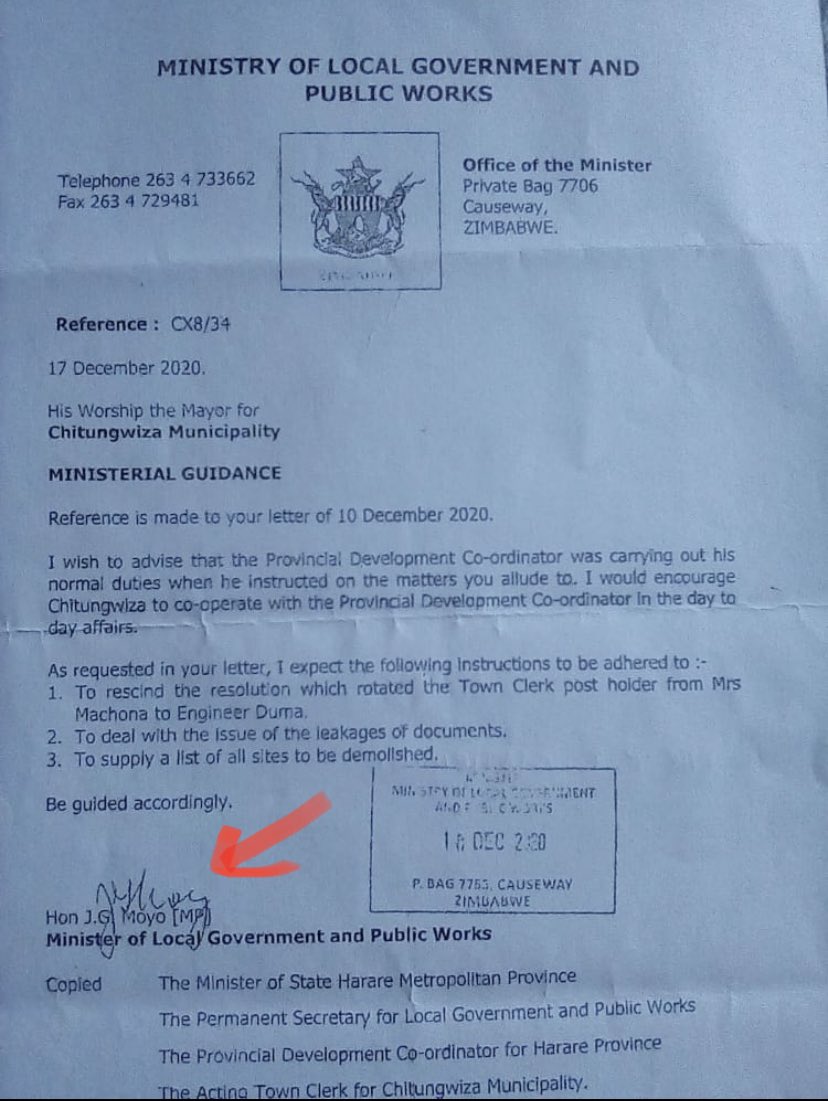 Meanwhile, residents of Chitungwiza have called for the arrest of those who were selling land before demolishing houses.

Before demolishing houses all those who sold land illegally should be arrested and compensate the victims rather than punishing desperate home seekers.

Over the years, local authorities have demolished homes built on land illegally parcelled out to residents by land barons.

While the victims of the demolitions are left counting their costs, the land barons, who are linked to political parties, go scotfree.