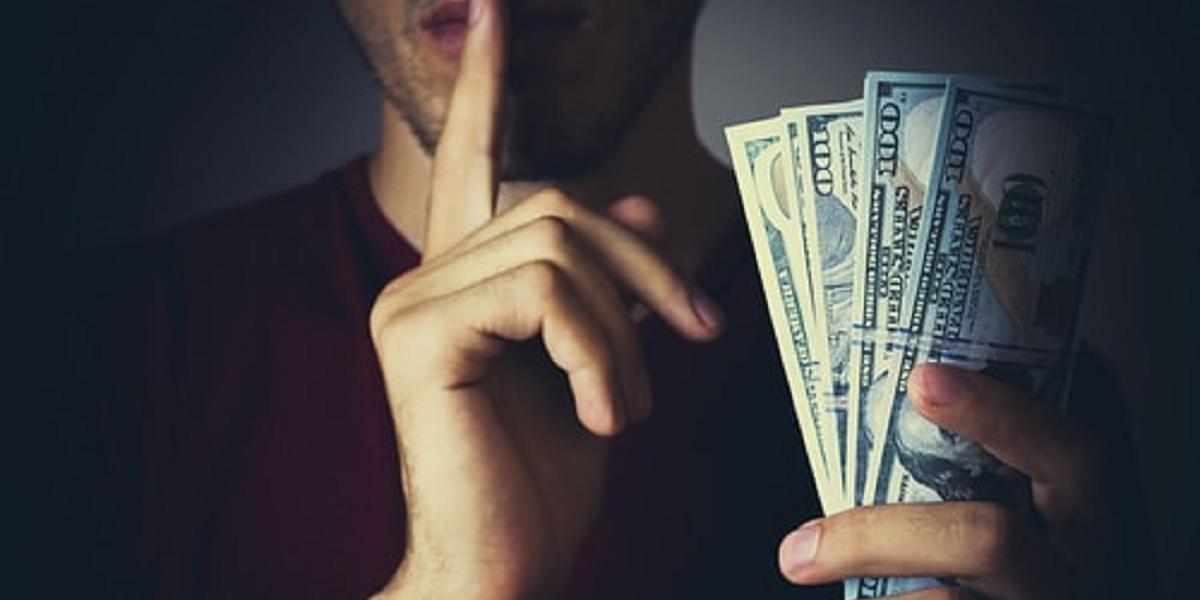 Some officials at Gokwe North District Hospital (GNDH) are in the habit of extorting large sums of cash from the patients who require their services. Our investigations indicated that corruption is mainly in GNDH’s rehab department which caters for physiotherapy.

The department which is manned by three rehab technicians, namely Simende, Mutede and Josephine reports directly to the district medical officer (DMO), Mr Chikara. Our sources said, “this is where all the extortion takes place.”

Sources told Pindula News that at GNDH’s pharmacy rehab, sundries including Plaster of Paris (POP) and crepe bandages are always out of stock creating a conducive environment for extortion. The source added:

Surprisingly, the rehab staff are charging adult patients more than USD40. For children, they are demanding more than USD30 and are pocketing the money.

The source said these underhand dealings have been going on for a long time now adding that the DMO, as well as others in positions of authority, were aware of the rot but were “silenced by the brown bottle.”

We got in touch with, Mr Emaanuel Mate of Nzungucherwa, Gokwe Nembudziya, one of the victims of the corruption at the health institution and he confirmed the allegations.

Mate said he went to GNDH on the 5th of Oct with a knee injury, had an Xray which revealed that he had a fractured knee.

He said Mr Mutede, whom he was dealing with said the patient needed a plaster and since his leg was swollen, a half plaster was the most appropriate. Mate said:

They charged me USD20 for the plaster and sent me home saying I should come back 2 weeks later for review.

Two weeks later, I went back and they demanded another USD20 for the full plaster. The total was USD40, excluding costs for bandages and other small things. I was never given any receipt.

I went there a 3rd time and was told the full plaster was shaking so I had to pay an additional USD30 for the restoration of the plaster. I told them I don’t have the money.

Mr Mutede lowered the fee to USD20 but I insisted I didn’t have any money except for a little for transport.

Mate, who said his leg was swollen and could not walk, said he was sent away without being treated. He added that he spoke to some hospital officials, Nyakura, Mr Chikara who pledged to assist him but nothing has been done since then.

Mate estimated that during the time he was being treated, a total of 10 people could have undergone the same process as himself.

We also got in touch with another patient who only wanted to be identified as Luzani who went to Gokwe North District Hospital with a fractured arm.

He said he was given a half plaster which cost US10 and ZWL$300 bond for bandages and Cotton wool.

Luzani said he went back for a full plaster for US$20. He said the officials who attended to him explained to him that the money was for sundries which were not available at the institution. He added:

The officials bought the sundries on my behalf and I got treatment.

We also got in touch with Mr Mutede, one of the officials in the rehab department who confirmed that the hospital does not have sundries adding that patients buy from the pharmacy which is nearby.

He said he sometimes sells plasters which would have been left by patients who no longer need them. Mutede said he would put some interest to “make a profit.” Mutede said:

He (Emmanuel Mate) was bitter because he did not get treated. Yes, it’s not lawful, pamutemo hazvibvumidzwi kuti titengese. Vanhu vanozvitengera vega (We’re not allowed to be selling personal sundries to patients.)

But the procedure is that patients pay a consultation fee of ZWL$80, an Xray fee which is less than ZWL$120, the cost for sundries differ depending on the extent of the injury but they are charged paWindow (Accounts/reception).

I told him (Mate) to go and buy but failed and he opted to buy from me. It’s actually the first time that someone comes back complaining. I have assisted many people so far.

Dr Chikara – District Medical Officer (DMO) – confirmed Mr Mutede’s claim that the hospital did not have the sundries, resultantly, patients buy from sources of their choice.

He also said that it was not allowed for officials to be selling personal sundries at the institution but there have been reports that some officials were actually selling their own sundries taking advantage of shortages at the health institution. Chikara added:

We do have pending cases, investigations are ongoing and we expect a hearing process to begin by end of the month (December).

If one is caught violating the law, they are likely to be given a verbal warning and or dismissal depending on the gravity of the case.

He added that he met one patient (Mate) who had paid USD and told the patient to come back to get his leg sorted and officially file a complaint.

This kind of manipulation doesn’t end there we see it everywhere and unfortunately, almost everyone does it.

It’s a creation of a false shortage to make you desperate. Even some senior doctors do it at central hospitals by telling you that an operation can only be done privately.

The rot is deep, yo u need like months to investigate it.

This is happening when the public is struggling to make ends meet. Sadly, the majority of the general populace cannot afford prices at private health institutions.

One Comment on “Corruption At Gokwe North District Hospital”