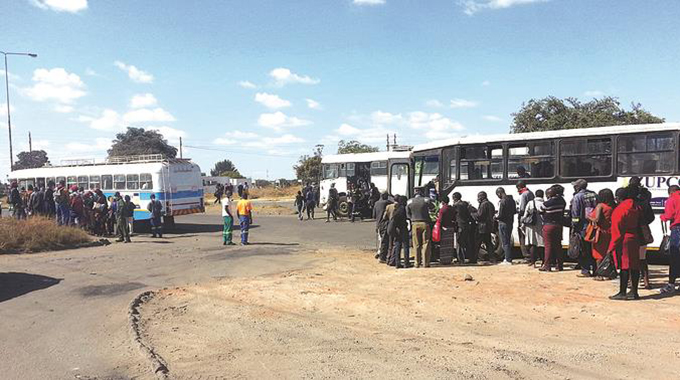 Commuters line up outside buses to present exemption letters at a Southerton security check-point before entering the central business district in Harare (16/07/20). — Picture: Justin Mutenda

The Zimbabwe Republic Police will verify with various government ministries the authenticity of exemption letters in possession of commuters as movements into the Harare central business district has increased.

National police spokesperson Assistant Commissioner Paul Nyathi said police will ascertain the authenticity of exemption letters as they want to minimise the number of people moving around during the current lockdown. He said:

The volumes of vehicles and people who are getting into town are necessitated by the various Government ministries who are issuing exemption letters.

We want to verify with the various ministries over the authenticity of the exemption letters.

We want to verify the people that have been exempted for work as we seek to minimise the movement of people who are getting into town every day.

People have continued to defy the lockdown as in Harare CBD, some vendors were back in numbers as are some of the money changers.

At Magaba Complex in Mbare, it was business as usual with people selling their wares.

In other parts of the country, there are various levels of compliance, with low human traffic in observed Gweru and in Beitbridge, most shops selling essential goods are closing at 3 pm.

However, in Kariba, there are reports of people continuing to organise boozers matches at Chaminuka Stadium and other open spaces.

One Comment on “Police To Verify Authenticity Of Exemption Letters”