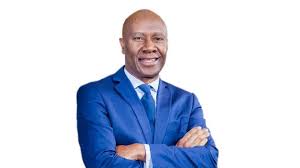 Stanbic Bank, Chief Executive (CE), Joshua Tapambgwa has stepped down from the helm of the leading financial services institution, effective 31 December 2020, after an illustrious 18 years at the Standard Bank Group subsidiary

Tapambgwa joined Stanbic Bank on 1 September 2002 as Head of Finance and rose through the ranks to become CE in 2008.

It is the softly spoken Tapambgwa’s sterling work that saw him being promoted first to Executive Director, Finance in 2005 then Chief Executive in 2008, a position in which he has steered the bank to greater heights during his 13-year reign as head of the institution.

Tapambgwa is credited with steering the leading financial services institution through the toughest economic periods the country has seen in its 40-year history.

Zimbabwe’s economy was at an all-time low when Tapambgwa was appointed as CE in 2008, with the banking sector tumbling from one crisis to another, chief among them being the collapse of the Zimbabwe dollar and spiralling inflation. Tapambgwa said:

My appointment was akin to being thrown into the deep end as the economy was heading south and I would definitely say steering the ship during some of the country’s worst economic times gave me great satisfaction. Obviously, I had a great team around me so that lessened the burden.

Stanbic Bank defied the economic challenges bedevilling the country during Tapambgwa’s tenure to perform admirably with some of the major highlights being awarded Best Bank in Zimbabwe not only as judged by leading analysts, media houses and financial institution in the country but also by respected global pundits and institutions.

In 2020 alone, Stanbic Bank was named Best Bank in Zimbabwe by two reputable institutions Europe, Middle East and Africa Finance and The Banker respectively. The later award is the second year running that Stanbic scooped the prized accolade.

As much as Tapambgwa did well during the harsh economic times in Zimbabwe, he has been instrumental in guiding Stanbic Bank in these trying COVID 19 times with the institution introducing a myriad of products aimed at protecting its customers from the pandemic while ensuring that they received top-notch service.

The need to keep a social distance while having to ensure customers’ needs were not compromised, saw Stanbic Bank introducing highly innovative products such as the contactless debit cards to protect its clients from contracting the virus among other measures. Tapambgwa added:

Every institution is judged by its performance and I’m humbled to have played a pivotal role in positioning Stanbic as one of the top performers in Profit After Tax, Return on Equity and governance issues

He said leading a team trusted with responsibilities to hold dual roles (Zimbabwean and Regional roles) such as Head of Finance, Head of Audit, Head of Risk, Head of Projects, Head of Group Physical Security was one of his proud moments in life as it demonstrates the extent to which the team he has developed had expanded their capacity to lead across the Group.

As such Tapambgwa is confident that the group of leaders that he has extensively groomed are more than capable to take the bank forward.