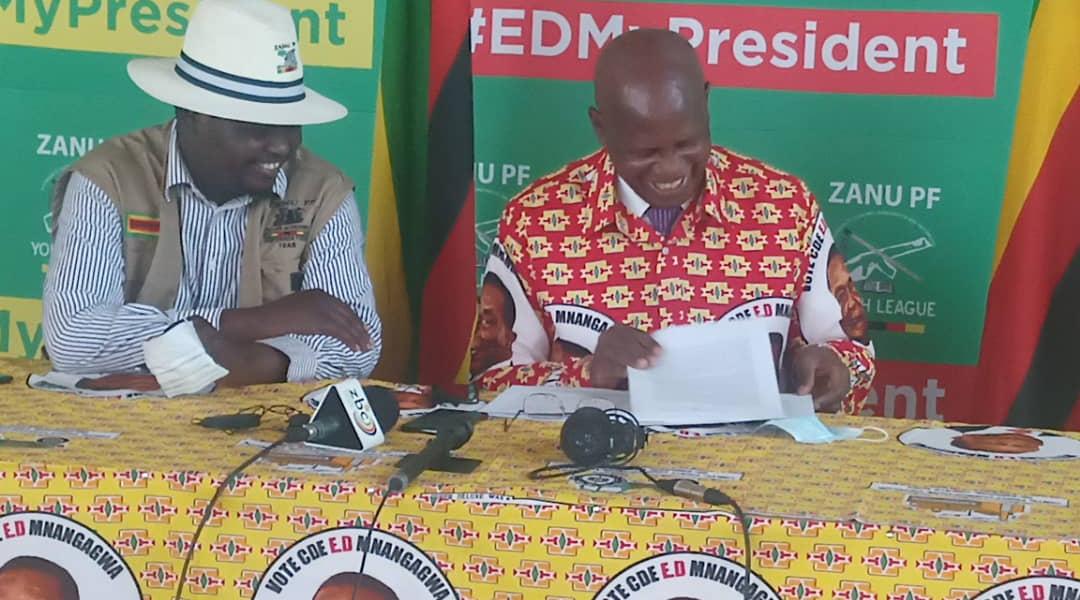 ZANU PF Director of Information and Publicity Tafadzwa Mugwadi is unfazed by criticism from the South African National Editors’ Forum (Sanef) after she clashed with SABC Foreign Editor Sophie Mokoena on Twitter.

Sanef had demanded that the ZANU PF leadership step in and discipline Mugwadi for what it said was an assault on media freedom and freedom of expression by the latter through his daily posts on social media.

However, Mugwadi said his conscience is clear and he will continue defending Zimbabwe’s leaders against “fake news” peddlers. He posted on Twitter:

My conscience is clear, I stand with Zim, it’s Leadership & it’s people against fake news.

This handle will remain alert to fake news.

Mugwadi has come under fire from ZANU PF senior leadership after he insinuated that an ANC delegation which visited Zimbabwe last year had a sinister agenda.

In a statement on Sunday, the party’s national spokesperson Simon Khaya Moyo rebuked Mugwadi over his utterances. Moyo said:

The ANC of South Africa and Zanu-PF enjoy excellent and fraternal relations dating back to the days of our liberation struggle and continue blossoming up to this day.

To suggest that the ANC delegation came to Zimbabwe with a hidden agenda is compound mischief, uninformed, unacceptable and unpatriotic.

Moyo’s statement came after South Africa’s President Cyril Ramaphosa on Saturday dared Mugwadi to come out with his “bombshell” and reveal the real reason behind his party’s visit to Harare in 2020.