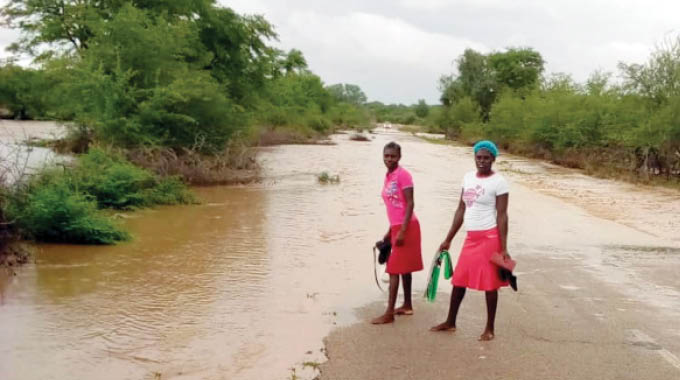 The Acting Minister for Local Government and Public Works Jenfan Muswere on Sunday advised members of the public against crossing flooded rivers following numerous incidents of people being swept away or marooned.

In a statement, Muswere urged citizens to be cautious and exercise patience by desisting from crossing flooded rivers. He said:

I would like to urge all citizens to desist from crossing flooded rivers and bridges especially during this rainy season which has been characterised by incessant numerous incidents and activated rescue efforts where citizens tried to cross flooded rivers and were marooned across the country.

… Accordingly, as the downpours remain unabated we appeal to all citizens to be cautious and stop crossing flooded rivers and bridges.

Be patient and stay at home. We care for you.

Muswere’s warning follows a recent incident in the South-East Lowveld in which the Air Force of Zimbabwe (AFZ) was called in to rescue people who were marooned in a river.

The AFZ rescued at least seven people last Friday while four others are feared dead after being marooned at the confluence of the Tokwe and Runde rivers in Chiredzi.

Those rescued are a woman and her three daughters whose other two children were sadly swept away and the police sub-aqua unit is still searching for them.

On Sunday, a Toyota Twin Cab was swept away by strong currents while attempting to cross a flooded Gweru River.

It is feared that six people including the vehicle’s driver may have drowned.