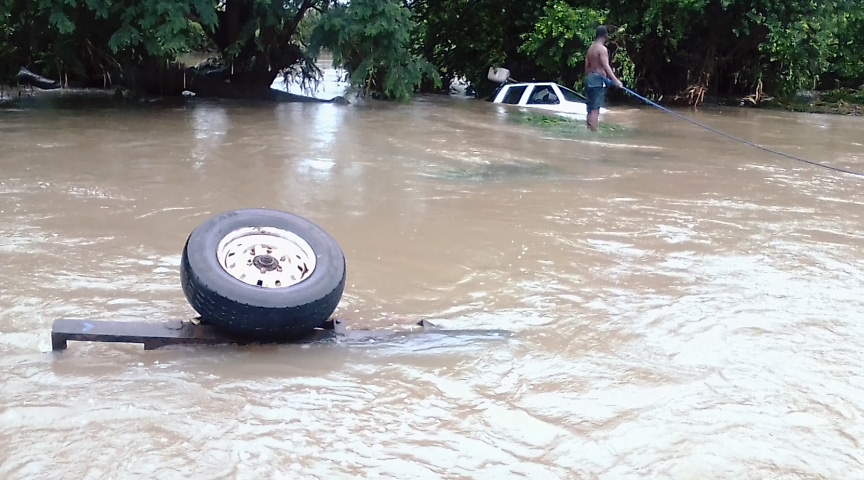 Two of the six bodies of the people who were inside a twin cab that was swept away while attempting to cross a flooded  Gweru River yesterday morning have been discovered, ZimLive reports.

According to the publication, the bodies were discovered after the flood subsided. The development was confirmed by the Midlands police spokesman Inspector Emanuel Mahoko who said:

I can confirm that we received news that a vehicle was swept away at 5AM on Sunday. Rescue operations are currently being carried out and we have so far managed to retrieve two bodies.

I would like to appeal to the public to exercise extreme caution and not try to attempt to cross flooded rivers as this could result in loss of lives.