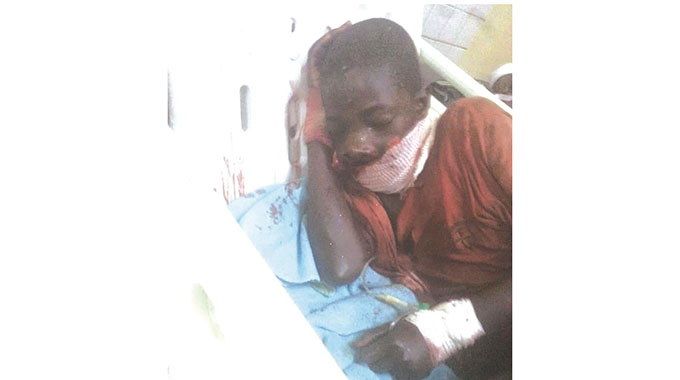 A teenage boy sustained serious injuries in an explosion in Chitungwiza on Friday when he connected a firecracker to a solar panel and used his tongue to test current flow.

The boy’s mother Rudo Munhungaupi and other family members were not sure of what really happened although they suspected a firecracker accident.

Munhungaupi said her son, Godfrey Munhungaupi (13), was rushed to Parirenyatwa Hospital where he is currently admitted after sustaining serious injuries on his face. She said:

There was an explosion that attracted people to where Godfrey was at around 2 pm yesterday afternoon.

His face was seriously deformed. The face, mouth and the jaws were tattered and some teeth fell off at the scene and the tongue was split into two pieces.

The mother who is widowed is now appealing for assistance from the public because her child needs to undergo a surgical operation at the hospital which needs $33 000 (US$289). She said:

I am a widow and l am struggling to make ends meet, l am also unemployed so l am appealing to well-wishers if they can help me to raise the money for the surgical operation that is going to be conducted at the hospital.

Mrs Munhungaupi can be contacted on 0788124461 and those willing to assist can also use the same number.

The boy is in grade 5 at Dungwiza Primary School in Chitungwiza.