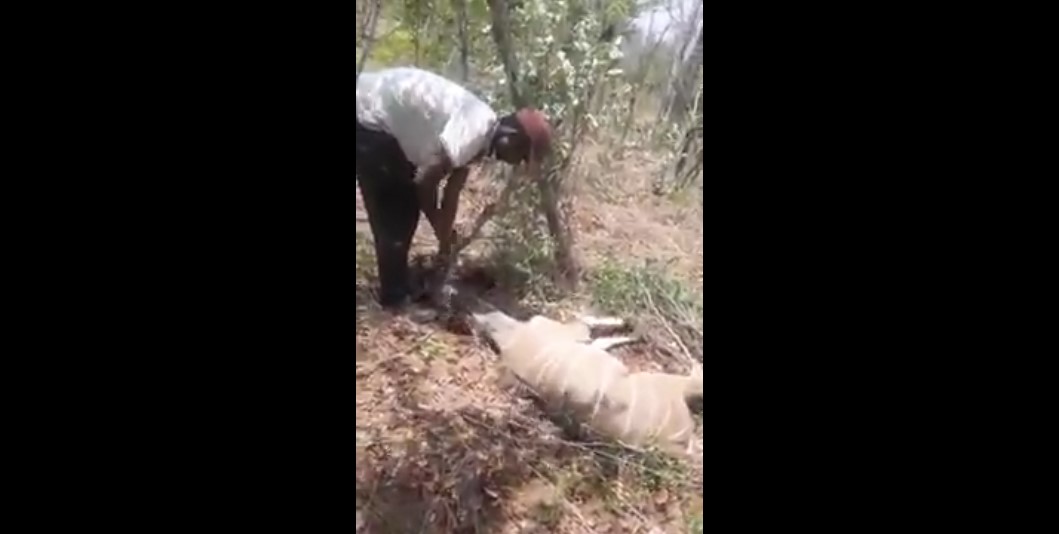 Two cattle herders in Hwange have been commended for saving a kudu cow that had been snared by poachers on the boundary of Hwange National Park.

According to Bhejane Trust, a wildlife non-profit conservation organization based out of Victoria Falls, the two cattle herders filmed the rescue incident which they then took to the Zimbabwe Parks and Wildlife Management Authority (Zimparks).

Though the duo did not ask to be rewarded for saving the animal, the Trust rewarded them handsomely for being responsible citizens. Bhejane Trust said in a statement:

Two cattle herders on the boundary of Hwange National Park found a kudu cow in a snare.  They then proceeded to release the kudu, while filming it… They showed the video they took to the Parks Investigation officer who passed it onto us.

Although they had not asked for any form of reward, the Bhejane Trust rewarded them anyway for setting such a fine example to the community.

Watch the herdsmen rescue the kudu in the video below: