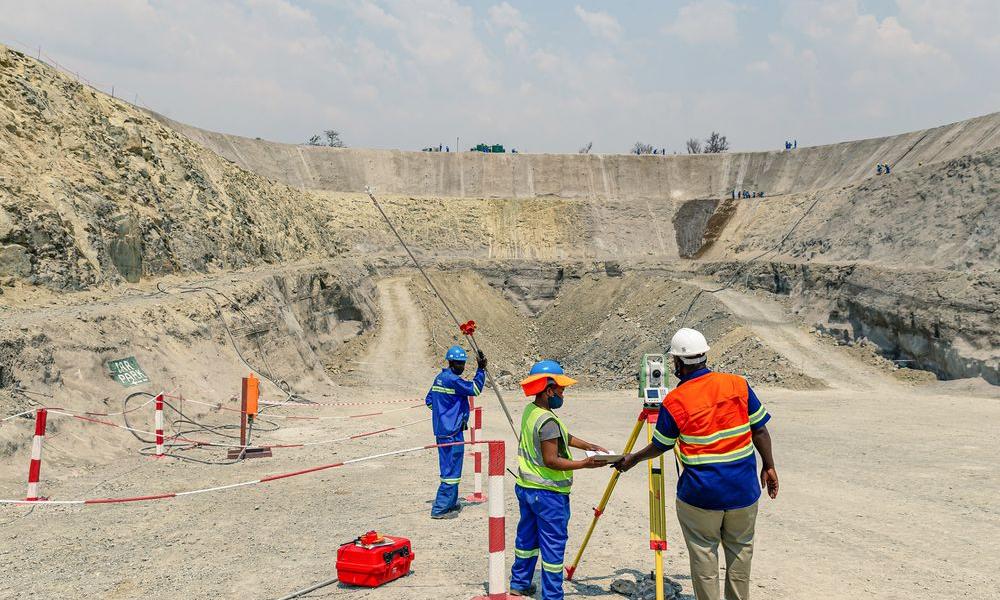 Workers survey a section of the Darwendale platinum mine project, near Harare, Zimbabwe, in Sept. 2020. Photographer: Godfrey Marawanyika/Bloomberg

The government plans to use profits from a mining venture to help settle a US$3.5 billion compensation claim from white former farmers who were forcibly removed from their land during the chaotic land acquisitions at the turn of the Millenium.

Kuvimba Mining House Ltd., of which the government owns 65%, intends to raise $1 billion for acquisitions and capital expenditure.

The company’s Chief Operating Officer David Brown said they will invest a “significant amount” of the cash raised on the Darwendale platinum project, which belongs to Kuvimba’s Great Dyke Investments unit.

Great Dyke is partially owned by Russian investors and the government is wooing investors from as far afield as Russia, Cyprus and Nigeria to try and develop new mines.

In a recent interview with Bloomberg, Finance and Economic Development Minister Mthuli Ncube said proceeds from Kuvimba will…

… be used to compensate the former white commercial farmers who lost their farms in 2000.

In addition to compensating White farmers, profit from Kuvimba will be used for pension payments that are in arrears, Ncube said.

Kuvimba means “trust” in the language of Zimbabwe’s biggest ethnic group, the Shona.