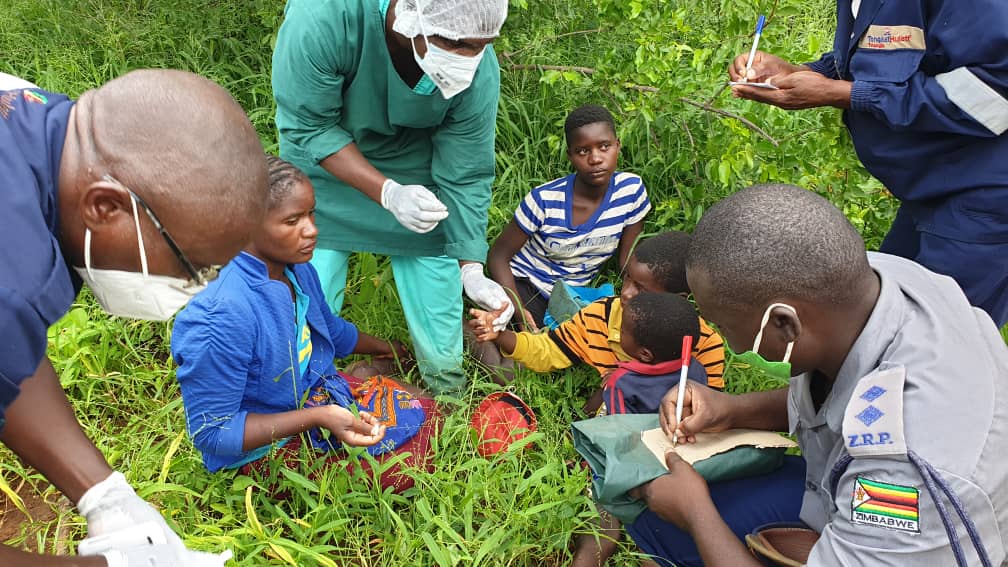 An Air Force of Zimbabwe (AFZ) helicopter rescued seven people who were marooned on islets while attempting to cross at the confluence of the Tokwe and Runde rivers in Chiredzi.

A woman and her three daughters whose other two children were sadly swept away were among those rescued, as well as three men trapped in the Runde in the Shindi area of Chivi.

The police sub-aqua unit is still searching for Kundai Chikwava (18) and her 11 month-old daughter Shantell Hungwe who are missing.

Yesterday (Thursday) we got a call that six people have been marooned between Tokwe and Runde (rivers).

Unfortunately, we got the message late (and) we could not fly to that area and two members of the family were already swept away.

When we arrived at the scene we rescued four people and we were told of three more people who were marooned in separate areas and we successfully mounted an operation to rescue them.

The rescued are a woman, Ms Sarah Muhloro (33) of Village 8, Marapira in Chiredzi North and her three daughters, Tracy Gambinya (15), Belinda Gambinya (12) and Talent Gambinya (3).