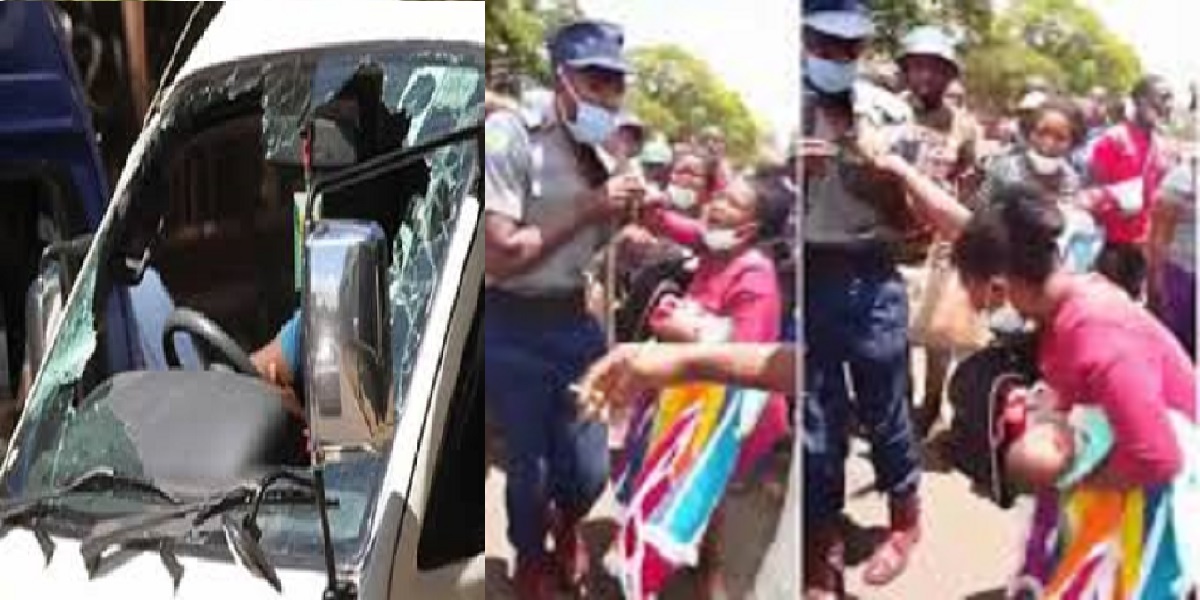 This comes after the public responded with disgust to a video suggesting a police officer smashed the windscreen of a commuter omnibus (Kombi) causing injury to a woman and her little baby.

Addressing the media Thursday on the state of affairs during the current Covid-19 lockdown period, Kazembe described the incident as “disturbing”. He said:

My ministry strongly condemns acts of misconduct by police officers which tarnish the image of the government and the police in particular.

The widely circulated social media clip of a police officer who allegedly struck a baby with a baton stick is a cause for concern.

I have directed the Commissioner-General of Police to take stern action against these and any other errant police officers.

Meanwhile, some Kombi operators in Harare have resorted to putting enclosures on the windows on their vehicles to protect them from police officers who usually strike windows with batons.

The development can put commuters’ lives in danger especially during an emergency.