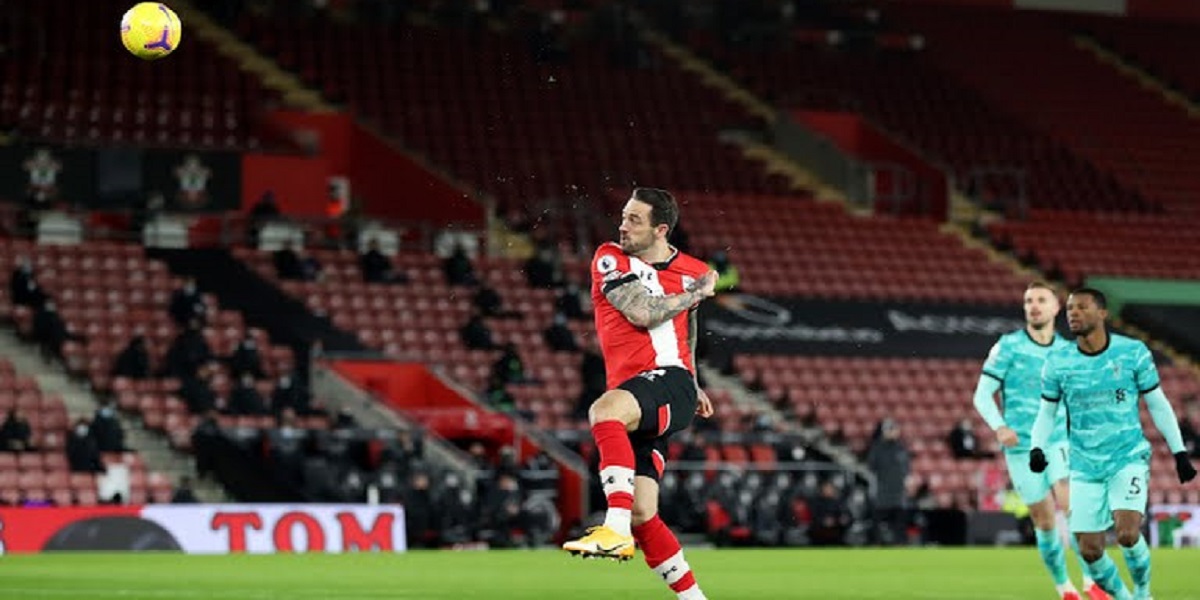 Southampton took an early lead after former Liverpool striker, Danny Ings lofted the ball over Alisson and into the top-right corner.

A disjointed Liverpool tried to respond to the goal but they were just not accurate.

Tella went close to doubling the hosts’ lead after 40 minutes but curled his effort wide of the near post.

Two minutes before the break, Salah nodded Mane’s cross over the bar, which was the Reds’ best chance of a lacklustre opening half.

Liverpool’s first shot on target in this match came in the 75th minute courtesy of Sadio Mané – it’s the Reds’ longest wait for an attempt on target in a Premier League match since December 2015 (89th minute vs Newcastle).

The Reds had a makeshift defence – Jordan Henderson and Fabinho as Vadijk and other full-backs are injured.

Liverpool wasted a chance to stretch a 3-point gap between them and second-placed Manchester United who have a game in hand.

City play Brighton and Crystal Palace, in that order on the 13th and 16th of this month.

The English Premier League has never been this unpredictable.