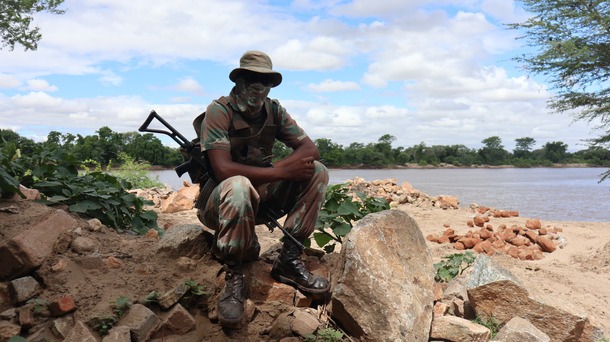 South Africa’s Home Affairs Minister Aaron Motsoaledi said that a humanitarian situation is unfolding at the Beitbridge border post which has been inundated by thousands of Zimbabweans trying to escape a month-long hard lockdown which came into effect today.

Motsoaledi told News24 that it seems Zimbabwean border officials were overwhelmed by the large number of people intending to cross the border before it was closed on Tuesday evening.

Motsoaledi said there was nothing more the South African government could do to alleviate the brewing humanitarian crisis. He said:

It is clear to see that there may be a humanitarian crisis unfolding. I have seen the pictures. People are trying to escape the Zimbabwean hard lockdown and the curfew there.

The queues are long because people want to come to South Africa. There is nothing more we can do.

We sent all the extra people, the army, the police, health officials. We won’t be able to send any more.

Beyond that, there is nothing more we can do.

Motsoaledi said that South African border officials were under instructions to send back all people without valid COVD-19 tests or passports.

He added that people crossing rivers to get into South Africa were doing so illegally as long queues could not be used as an excuse to risk crossing flooded and crocodile-infested rivers.