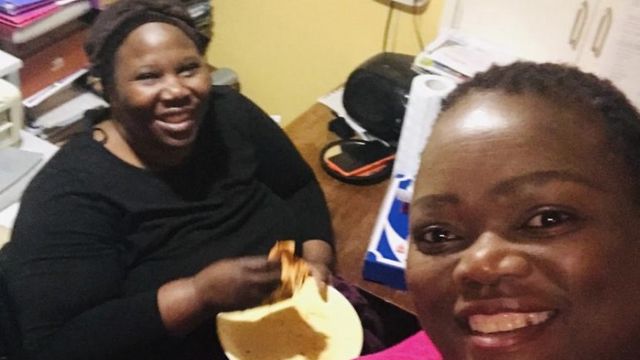 A mental health nurse from Norwich, United Kingdom has launched a campaign to return the body of her cousin to Zimbabwe for burial.

Tina Trueman, the late Zimbabwean national, was 51 when she died on December 22, just over two weeks after the death of her husband Norman.

She moved to the United Kingdom after becoming pen pals with her future husband, whom she married in 2000.

Tina’s cousin, Everjoy Maxwell, a mental health nurse from Norwich, has launched a fundraising campaign so that Tina’s body can be repatriated to Zimbabwe and be buried amongst her family. Said, Maxwell:

The cheapest option would be to cremate her and I take over her ashes next time I visit, but for her family in Zimbabwe, they need the closure of being able to see her body and lay her to rest.

It is so sad. Her husband died on December 6, he was 99, and she just did not take his death well – he was the love of her heart.

She had a heart attack just before Christmas, but we did not know until after she died that she also had COVID-19.

Maxwell has set up a Go Fund Me page to raise the £5,000 needed to transport her body back to Zimbabwe, which has already raised more than £1,000.