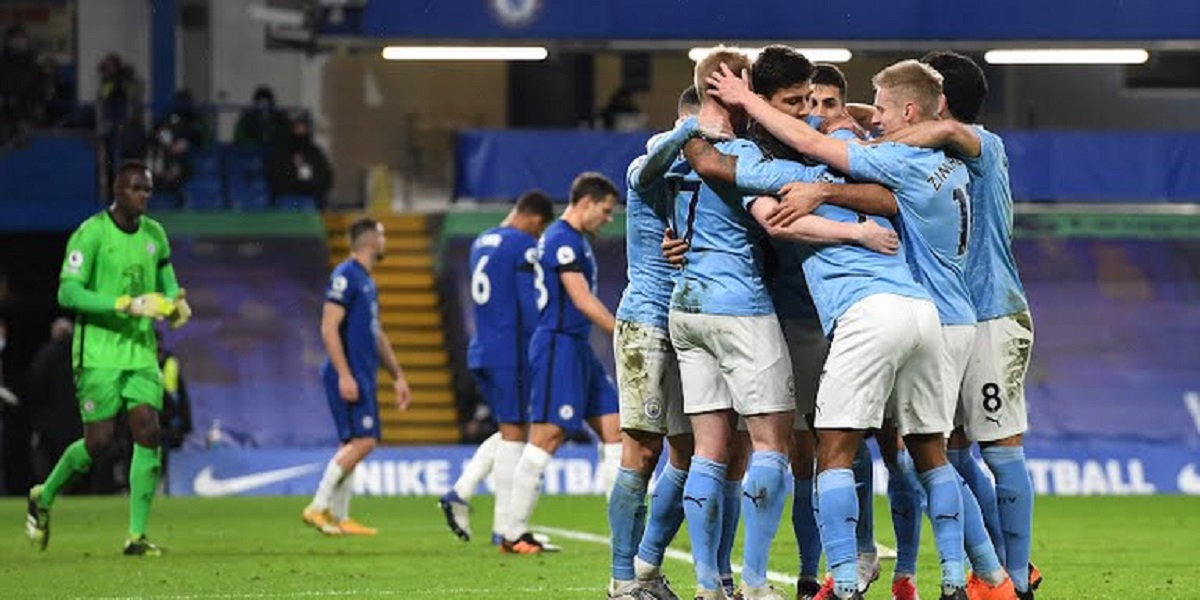 Manchester City moved to the fifth (5th) position on the Premier League log, albeit having a game in hand, after last night’s 3-1 victory over Chelsea at Stamford Bridge.

City took the lead through a fine finish from the German international, Gundogan, who blasted a low strike through the hand of Mendy into the bottom-right corner.

They doubled the lead when Phil Foden slotted home from close range to make it 2-0. De Bruyne had latched on to a loose ball on the left flank and angled an offload towards Foden who finished with a deft touch beating the Chelsea keeper.

The visitors notched their third goal of the afternoon as Captain De Bruyne converted from close range. Sterling had led a break upfield following a mistake from Kante.

Sterling rounded Mendy but had to check back before angling a strike towards goal, only to hit the right post. The rebound fell to De Bruyne, who held his composure and found the bottom-right corner.

City kept control of the contest throughout the second half, although the Chelsea were able to net a late consolation goal courtesy of Callum Hudson-Odoi.
Last night’s loss was Frank Lampard’s fourth defeat in six games.