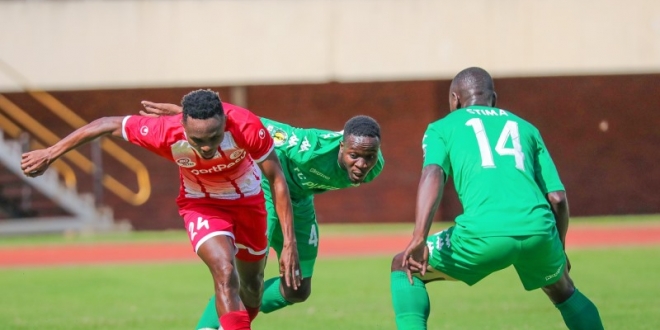 Chikwende, the scorer of that priceless goal at the National Sports Stadium in the first leg, was allegedly offered bribes, together with Gift Bello and goalkeeper Mhari, by Simba SC using Zimbabweans.

In a WhatsApp group chat leaked to The Page, the Simba SC hierarchy said:

Lose the match or draw and go out of champions league but secure the signature for this wonderful player.

He destroyed Simba SC in Harare and will do so again but we must do all we can to prise him away from Zimbabwe.

Look, Zimbabwe is in trouble as a country because of Covid-19 pandemic. We do not have that problem here.

They have not played football for whole of 2020 season and the clubs are struggling to pay players without playing.

The league is broke and the FA can not do much, so this is the best time to take this player.

Only on Friday, the government announced a new total lockdown and chances of the 2021 season starting are low, so Simba should strike now.

We need the player now to build the team because even if we progress, we are not strong enough.

Meanwhile, FCP trained on Sunday morning ahead of the Wednesday match under tight security.

Reports suggest that the match at Benjamin Mkapa Stadium will allow 30 000 fans, which is half the capacity according to CAF after the Tanzanian club sought permission to allow fans in.