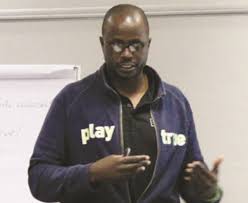 The Zimbabwe Olympic Committee (ZOC) has appointed one of its board members Stephen Mudawarima the body’s new Chief Executive Officer with effect from today 1 January 2021, Sportsrifle reports.

According to the publication, Stephen Mudawarima takes over from Anna Mguni who became the ZOC boss in 2011:

He takes over from Anna Mguni who resigned from the same position to take up a new role beyond ZOC.

Mguni joined ZOC in 2006 and served the organization as a board member for five years. In 2011 she was appointed as the boss of ZOC.

Taking over from Stanley Mutoya who had resigned to take up a new role at the Supreme Council for Sports in Africa Zone IV.

The publication also gave a short bio about Stephen Mudawarima and said he is a sports fanatic and an avid runner who participates in marathons:

Prior to his recent appointment Mudawarima was the Anti doping officer at ZOC. He is passionate about karate, basketball and clean sports. Stephen sits on the WADA Educational Technical Working Group and is a certified anti doping officer.

He is an avid runner and completed the Soweto Marathon in 2018. Also holds a Black Belt in Full Contract Kyokushin Karate. Mudawarima  is the chairman of Full Contract Karate.

The 2020 Tokyo Olympics were postponed to this year as the world slowly emerges out of a devastating pandemic that brought the world to a standstill.