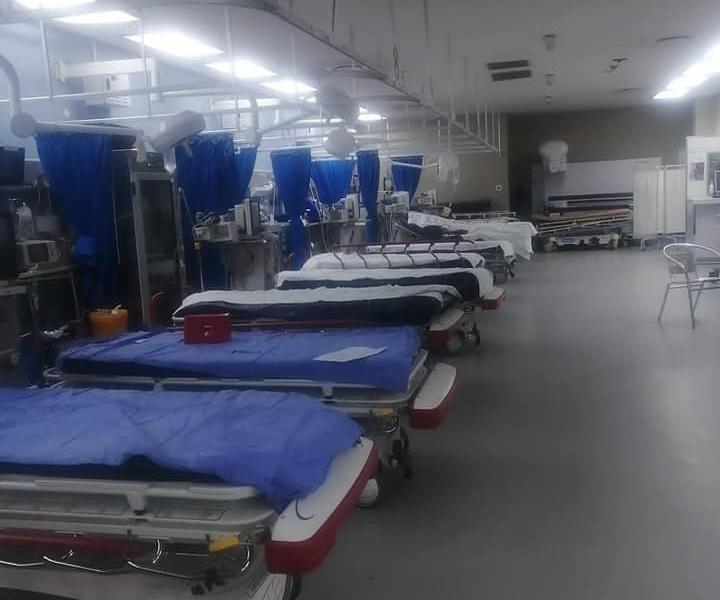 The hospital said for the first time in its history, it has had NO trauma case patients coming through its doors on 1 January.

This comes after President Cyril Ramaphosa announced a ban on alcohol sales and a 9 pm curfew on New Year’s Eve under level three lockdown restrictions.

According to EWN, Police Minister Bheki Cele said he was flooded with messages of appreciation from doctors thanking the men and women in blue for a historic night, with minimal trauma cases. Said Cele:

I received messages from doctors saying ‘thank you very much, Minister, we can’t see blood in our wards’.

Meanwhile, north of the border, in Zimbabwe, hundreds of people partied with reckless abandon at a music concert in Mbare, Harare on New Year’s Eve.

Pictures taken during the concert by Tsvangirayi Mukwazhi; Associated Press photojournalist show hundreds crammed like sardines between blocks of flats.

Commenting on the pictures, prominent journalist and filmmaker Hopewell Chin’ono wrote on Facebook:

As you read this, ALL Covid-19 hospital units are packed with patients who tested positive.

Both prominent and ordinary Zimbabweans are dying daily and we are reporting about it, yet the Government allowed this to go ahead!

I mention political leadership because this is an opposition constituency, the MP should have attempted to stop it by even going to court or appealing to the ministry of health in order to save lives!

ZANU PF doesn’t care about this, can the opposition please stand up and show leadership!

… This country will soon be inundated with sick citizens and shambolic healthcare which can’t handle the crisis!