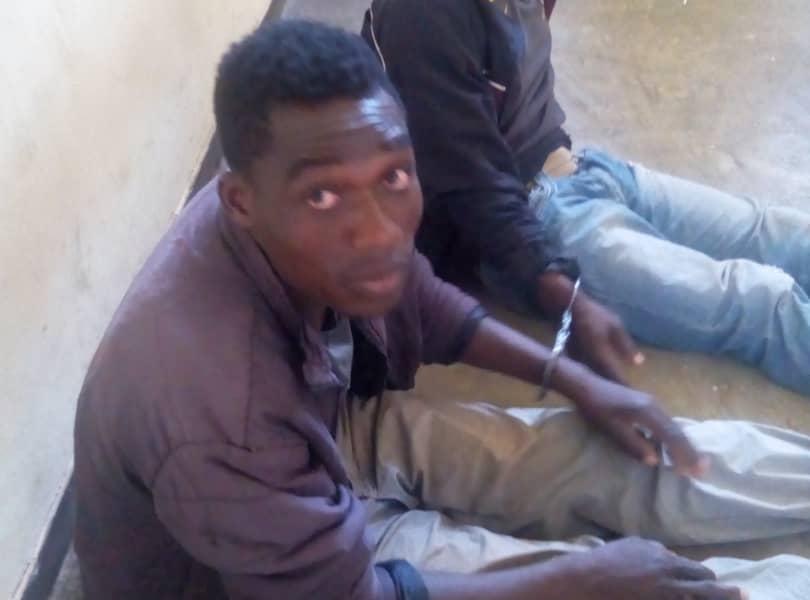 Two men from Mwenezi District, Masvingo Province, allegedly murdered a six-year-old girl and burnt her body after removing her genitals.

Taruziva Sithole (37) and Shackmore Dube (26), who both reside at Chomutamba Village 3 under Chief Mazetese in Mwenezi West, allegedly committed the gruesome murder on 29 December and were arrested the following day.

Appearing for the State before Mwenezi Magistrate Honest Musiiwa today, December 31, Lyton Katsidzira said Sithole and Dube connived to kill Irene Sithole who lived at the same homestead with Sithole.

Sithole allegedly assaulted Irene, who was a daughter to his younger brother, using a log and she collapsed and died as a result of the assault around 8 PM on 29 December.

He then took a Shangani bag and placed the deceased’s body inside and went to meet Dube outside the homestead before they carried the body to the bush.

The two allegedly used a knife to cut the girls’ vaginal lips which he allegedly intended to sell to South Africa.

They then burnt the girls’ body using some firewood in a bid to conceal evidence of the murder.

Sithole’s wife alerted other villagers after she witnessed her husband beating the deceased.

The villagers, later on, informed Mwenezi police who attended the murder scene where they recovered the minor’s burnt skull, teeth and ribs.

It is alleged that Dube, who often travels to South Africa, promised that upon delivering the private parts to his boss who is outside the country, they would be rewarded with a car and a lot of money.

The two were not asked to plead and were remanded in custody by Musiiwa.