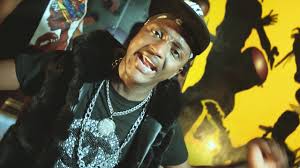 19-year-old Keith “Spucky B” Antonio was crowned the winner of the Sasai African Talented Competition which was launched in September, Newsday reports.

Spucky B will receive the grand prize of US$10 000 after beating competitors from many parts of Africa including Nigeria and Ghana.

Speaking about winning the competition, Antonio who said he started his music in 2014 said:

How I entered the competition it’s quite funny, I saw a flier on Sasai Facebook page, I downloaded the Sasai application and followed the requirements to participate in the competition.

When the results were announced, I was offline because I had no data, so I received calls from people congratulating me and then I realised that I had won and I almost cried.

Speaking about his music, the dancehall chanter said his dream is to meet WInky D:

I have released three albums namely, Anywhere released in 2016, Spucky Ndini Inini (2017) and Tayenda Chi-Bilateral (2018) and I believe that these albums gave me the experience which enabled me to win the grand prize. I participated under the music category.

This is just the beginning, I see myself rocking regional dancehalls. I am greatly inspired by Winky D. I have always been a fan of his since childhood and some of my fans say I sound like him.

Apart from doing his music, Spucky B is a lower 6 student at Washington Hill High school.