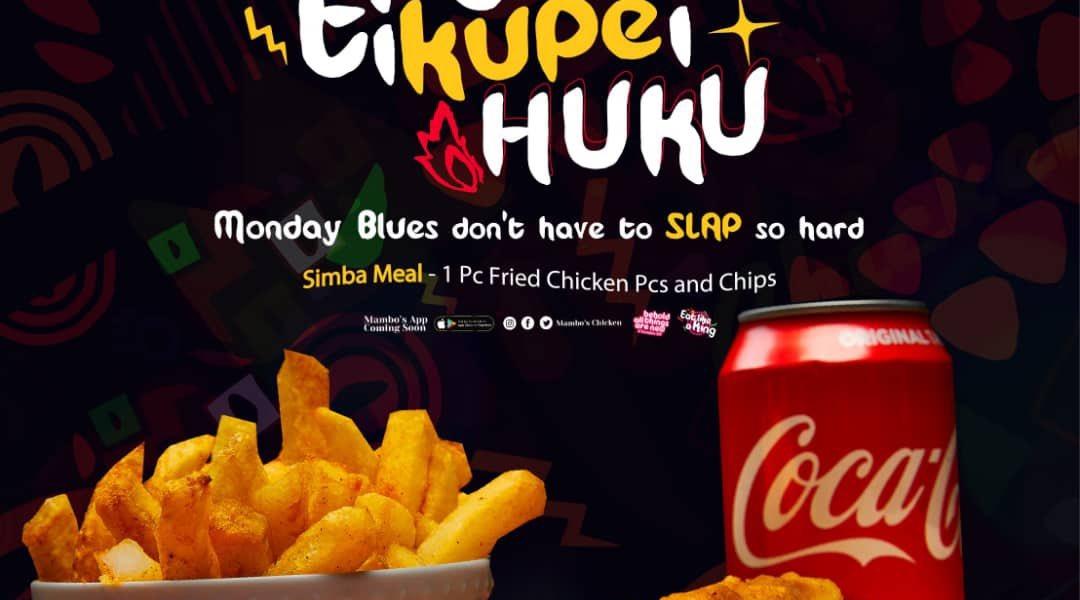 The advert that was done by Mambos’ Chicken seemingly taking a jab at former MDC T leader Thokozani Khupe after she was slapped by an unidentified person while leaving their party’s chaotic congress has divided social media users. Twimbos (Zimbabweans on Twitter) have responded to the advert with mixed reactions. While some said the brand should not joke about violence especially against women others have said there is nothing wrong with the advert.

Here are some of the reactions to the advert:

Haaa zimbos aren’t wired to boycott We laugh at insults,RT and keep promoting those brands

Impala is still in the running wani

The demise is not really going to be a result of a boycott. The brand was born on piggybacking on Nando’s. Nandos worked on their product, word is Mambo’s chicken is the worst. Trivializing violence & distasteful content is just the catalyst.

Watch how everyone joyfully embraced Gender-Based Violence under this tweet from a renowned Food Outlet that serves thousands on a daily……..

When it comes to this, my phuma silwe jumps out like crazy! Iv cancelled Mambo’s Chicken, it’s so wrong that they allowed something so insensitive to air under their brand Makes me wonder what “jokes” they have cooked up for Gukurahundi….! Nxaaa!

Mambo’s chicken did not mention anyone’s name , there is no relation between the word “tikupei” and Khupe. Secondly the more you keep talking about the advert the more you spread awareness of Mambo’s brand . Whoever is behind the advert is a genius.

In this advert, Mambo’s Chicken not only makes fun of a recent incident involving political violence against a woman, their entire brand is a vulgar imitation of the Nando’s one – they rip off their typeface, use their colours and make the most abysmal attempts at local humour.

Umm @mamboschicken this is really not funny. Violence is never a laughing matter. Do Better!

Whoever manages this handle needs to be dismissed. Such tasteless, demeaning, disgusting and tasteless advertising should not be tolerated. banter around GBV issues is a no no.

@mamboschicken  needs to put a stop to such insensitive advertising. Please pull this down it’s offensive

It is called satire. It has already happened and should be talked and joked about

The person (s) running this account will probably joke about a kid being raped as well. Violence against anyone is no joke @mamboschicken disgusting

This company cant sell its food using the abuse of women. The attack against Thokozani Khupe is a serious matter that cant be used to sell chicken while promoting gender violence. This is poor and pathetic

People are just being sensitive for nothing, there is absolutely nothing wrong with this ad, what they deduce in their own heads is their own business

Comedy is found in everything, it doesn’t have to have boundaries.

It can be too soon for some but that doesn’t mean it doesn’t have to be said. Even at a funeral it’s necessary. That’s what makes us diverse species. If I like that advert, it doesn’t mean I am  pro-violence.

It should be tolerated if it happens to those who act to prolong the suffering of the people. We cant be saints to those who persecute us, when they said an eye for an eye they were spot on

This one is in bad taste. Gender-based violence is no laughing matter.Raising hands