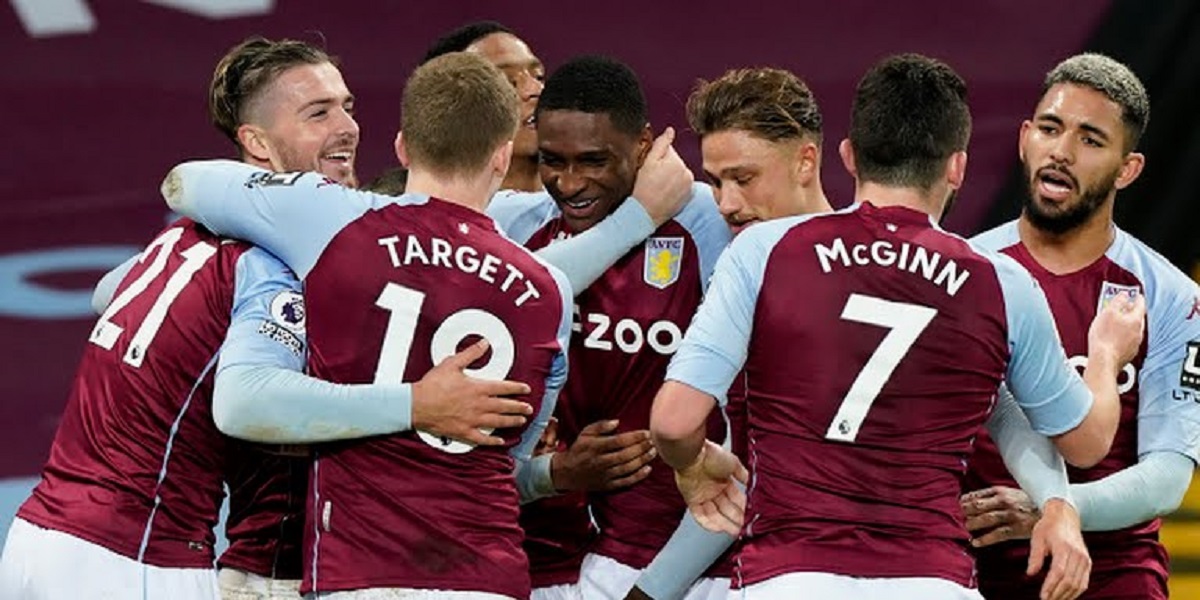 Ten-men Aston Villa on Saturday evening subdued Crystal Palace at Villa Park in a Premier League match to move into the top six albeit with a game in hand.

Aston Villa got their first goal came from Bertrand Traoré 5′ who was unfortunately substituted towards the end of the first half.

Villa manager, Dean Smith, was forced to sacrifice him for Konsa who was needed in the defence to fill the void left by Tyrone Mings who had been given marching orders for fouling Zaha twice.

The second and third goals, in that order, came from Kortney Hause 66′ and Anwar El Ghazi 76′.

He has this season started in only one match when teammate, Douglas Luiz, was on suspension.

In other news, Leicester City and Manchester United shared spoils this afternoon after the match ended 2-2.

Bruno Fernandes and Marcus Rashford scored for the Red Devils while Harvey Barnes scored the first for the Foxes. Vardy’s shot was deflected into the net by Man U’s Axel Tuanzebe for Leicester to equalise.

Mobile Barber
US $2.00 Bulawayo
Laminator A4
US $70.00 Harare
Air Freshener with Dispenser
US $15.00 Harare
🧱 Building Material Available in and around Harare
Harare
Mandarin (Chinese) call in lessons
US $20.00 Harare
Repair of Plastic water tanks
Harare
Car radios
US $55.00 Bulawayo
Plumbing solutions
US $20.00 Bulawayo