MDC-T’s interim Secretary-General has once again been accused of abusing party funds throwing the party’s Supreme Court-sanctioned Extraordinary Congress in jeopardy. The party’s deputy Treasurer General, Chief Ndlovu, says money that was withdrawn without “my explicit approval” amount to $5 955 000. Ndlovu said as a result of the unauthorised withdrawals, he is unable to fund the travel of party delegates to the congress. He said:

My office has been inundated with calls from concerned EOC delegates who by now should have received their Provincial transport allocation.

It has come to my attention that some of our members may not be able to travel to the EOC due to lack of funding. Equally I have received allegations that the Treasury is refusing to make payments for EOC, nothing could be further from the truth.

I would like to take this opportunity as your Deputy Treasurer to inform you that as treasury we are not able to pay due to the fact that funds were withdrawn from the party account on the 18th December 2020, we are still pursuing and trying to get some Standing Committee members who were involved in the unapproved transfer to return the money to the Party.

I was left a bit shocked to learn that the SG expects Treasury to release money when he is the one who transferred all the money out of the account without my explicit approval. Perhaps the SG must inform members where the money is. I certainly do not have any knowledge of who he sent the money to or what has happened to those funds.

The transfer was reported to the SC on the same day 18th December 2020. The matter was played down by the SG for reasons unknown to me. To this day the Party has not recovered the money. There is little money left in the account, a paltry S500 000 now remains in the account today.

Amounts withdrawn without my explicit approval are as follows:

The duties of the SG and that of the Treasurer are clearly outlined in Article 9.5 and 9.7 of the constitution respectively read together with 10.12 and 10.12.2 of the Admin and Finance Provisions. Any policies that we may have derived their power from the constitution and committees cannot assign new powers to themselves.

In the above transactions I did not transfer any funds out of the party despite the fact that I received some communication to do so I was unhappy with the information I received hence my inaction or refusal to transfer. Funds were transferred anyways by the SG.

Be advised that as the Treasury we have not received any funds from the above withdrawals.
I am currently in South Africa on an urgent family matter. I am reachable on my WhatsApp number. 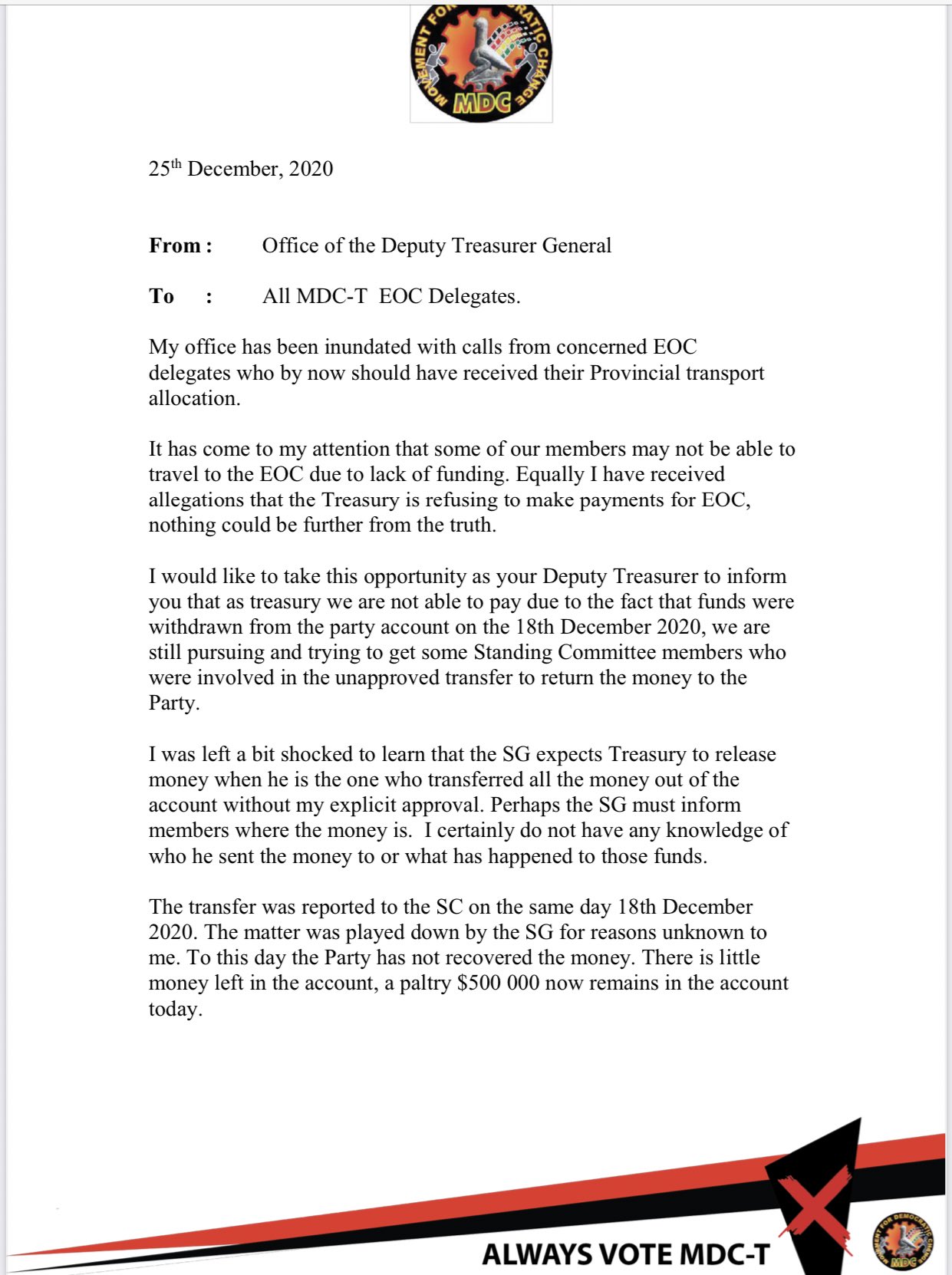 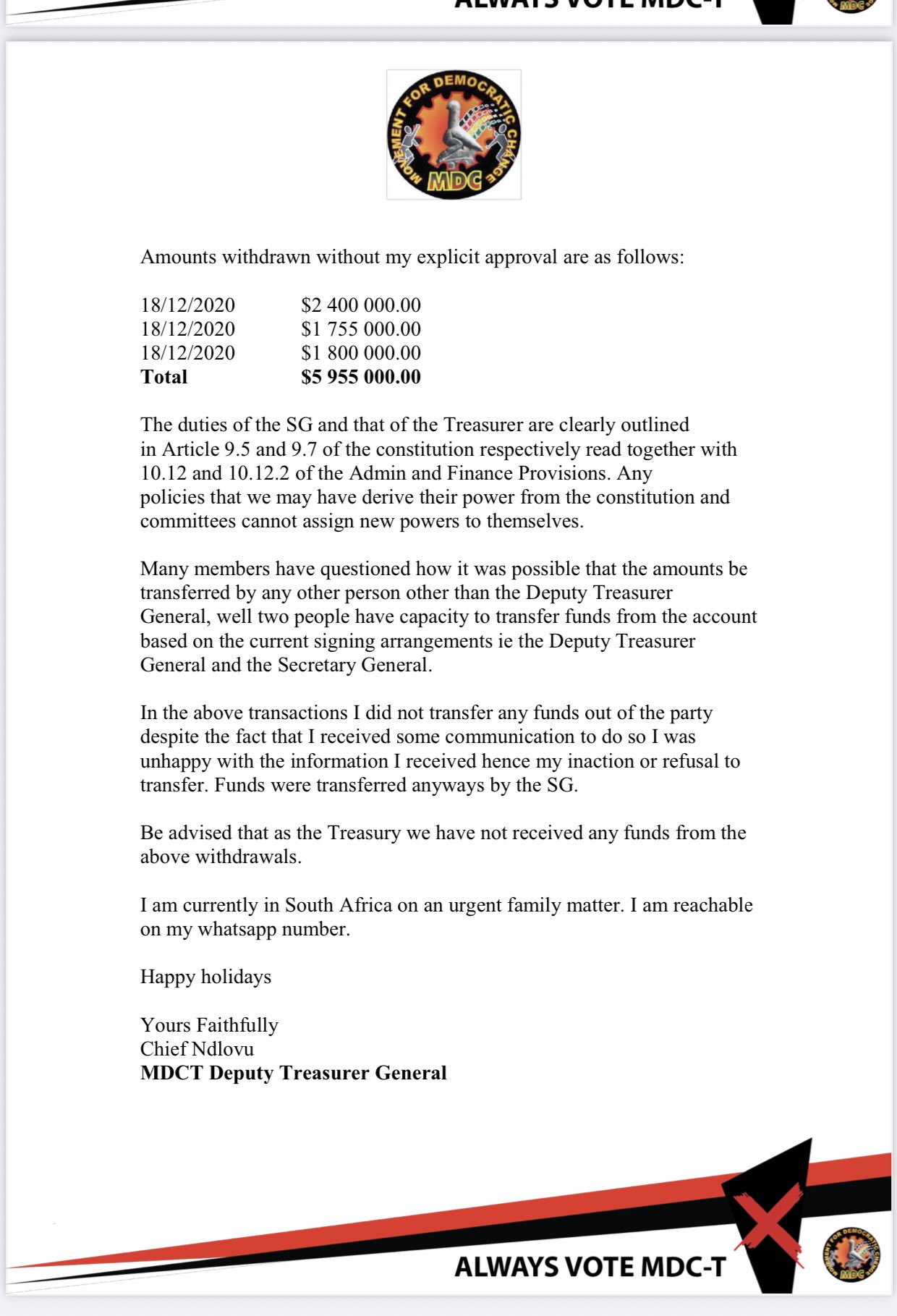