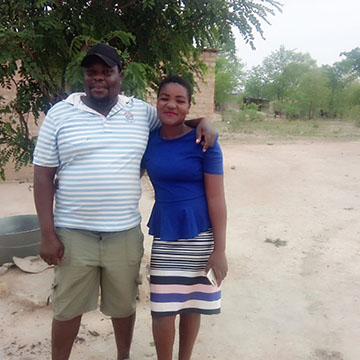 A nine-year-old boy was mauled to death by three Boerboel dogs in Kadoma while playing with his friend last week on Thursday.

The boy, Nigel Sabiti of 268, Pixie Combi had been invited to play with his friend, 10-year-old Jayden Ogachukwu Nwaozuzu of 278 within the same neighbourhood.

ZRP Kadoma district spokesperson DCRLO Sgt Crymore Muriro said Jayden was left with the dogs by his father Christopher, a Nigerian national who had instructed him to clean the dog kennels.

While Jayden was cleaning the dog kennels, the vicious security dogs, which had been let loose, spotted Nigel together with his younger brother, Tendai, 5, and another friend Tatenda.

Tendai rushed into a garage while Tatenda also sustained serious injuries on his leg but Nigel was attacked by the dogs when he sought for refugee in an open tuckshop.

Nigel’s brother, Tawanda (17) ran and tried to save the boy from the dogs but it was too late.

Nigel was rushed to Kadoma General Hospital where he died from his wounds.

The now deceased’s father, Matthew said he was shocked when he called by a friend who informed him to be “brave”. He said:

When I was called by Clemence Machawu, I thought it was nothing serious, advising him to take Nigel to hospital for treatment.

When Machawu told me that the matter needed bravado, I was shocked. After seeing blood in the car that came to ferry me to see him in hospital, it got even worse.

I think he died well before he was taken to hospital.

I had two children in the yard. His younger brother Tendai managed to hide in a garage.

Nigel was buried in Bluegrass on Saturday.