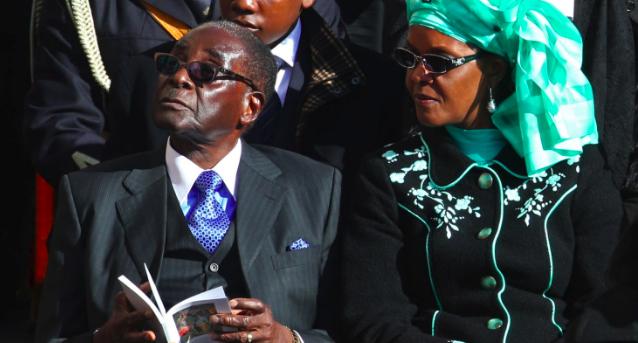 According to the publication, the villagers and workers have slaughtered over 1400 beasts mainly for meat and this has drastically reduced the leader’s herd to about 600 from 2000.

A source privy to the developments said the perpetrators were mainly former workers who are still owed money by the Mugabe family who are feasting on the beasts:

If not stopped, the business will suffer greatly because there have been no efforts to replenish the depleted herd. Former workers are culpable for hunting the cattle at night and slaughtering them for beef. The situation has now gone out of hand,” a source said.

It’s also sad that some artisanal gold miners have also invaded the farm and, when one asks them to leave, they start singing Kutonga Kwaro.

The recent incidents at the farm are not just an act of mischief, but it seems some former employees always had a bone to chew with the former first family; they were waiting for the opportune time

The family of the late president is reportedly feeling besieged and agonizing over how to deal with the stock theft, During the peak of Mugabe’s reign, his wife Grace Mugabe boasted of having a state of the art dairy that was the second-largest dairy in Southern Africa.