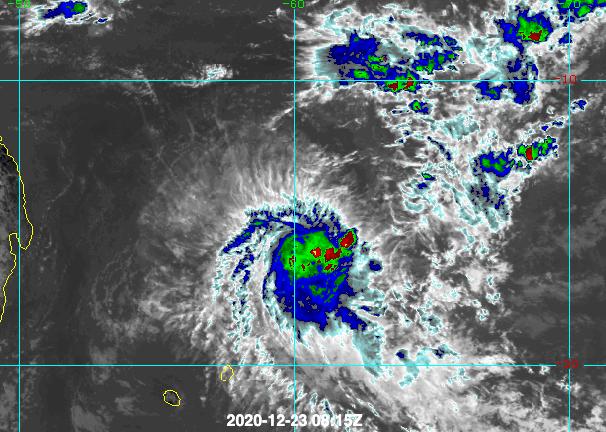 Zimbabwe says it is prepared for Cyclone Chalane which may hit Manicaland Province, especially Chimanimani District, next Thursday.

Department of Civil Protection (DCP) director Nathan Nkomo on Wednesday said an Emergency Services sub-committee meeting was held to plan for the cyclone. He said:

We are prepared, remember before we develop a contingency plan, it requires funding and this funding was approved by Cabinet in November.

But as for tropical Cyclone Chalane, we met today as the Emergency Services Sub-Committee of the National Civil Protection Committee.

The Meteorological Services Department has indicated that it is monitoring developments in the eastern parts of Mozambique hourly.

And from 31 December to the 1 January, they will continue to monitor whether the cyclone will affect Zimbabwe or not.

AccuWeather senior meteorologist Jason Nicholls tweeted yesterday that Cyclone Chalane may strike north-east Madagascar on Saturday or Sunday and then could move towards Mozambique and Zimbabwe.

If the cyclone hits Chimanimani, this will be the second time the area would have been affected by a cyclone in 21 months, after Cyclone Idai wreaked havoc in the area in March last year.