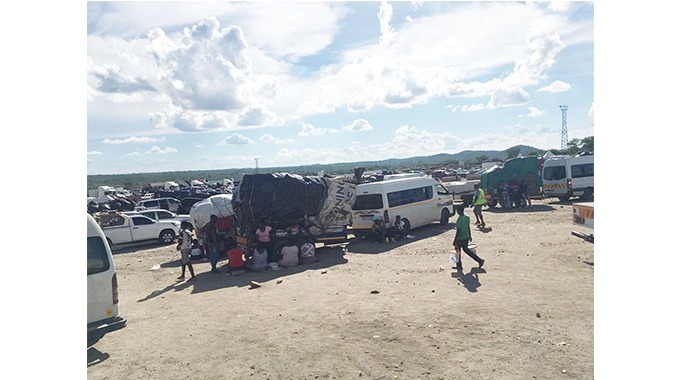 Travellers patiently wait to be cleared at Beitbridge Border Post yesterday. Congestion is persisting with travellers spending more than 48 hours for passage into either Zimbabwe or South Africa. — Pictures by Thupeyo Muleya

A Zimbabwean woman died at the Beitbridge border post on Tuesday while waiting on a bus.

The now deceased was reportedly feeling dizzy and complained of fatigue and asked fellow passengers to pray for her before she passed away.

According to the bus driver, the Zimbabwean woman approached him to ask if she could exit the bus because it was hot and she needed fresh air.

The woman then collapsed while exiting the bus, and passengers rushed to assist her.

The bus driver explained that they “held her and gave her water”. Her condition improved and she exited the bus.

However, when she returned, she was unable to remain upright. The driver added:

Some of the ladies in the bus started praying for her and pouring water on her head and giving her some water to drink. As time went by, she lost consciousness and passed away.

This incident follows after traffic jams were reported at the Beitbridge border post in Limpopo, between Zimbabwe and South Africa.

Long queues were forming as cars and trucks were backed up as far as 12 kilometres between Beitbridge and Musina, with some travellers waiting in queues for more than three days.