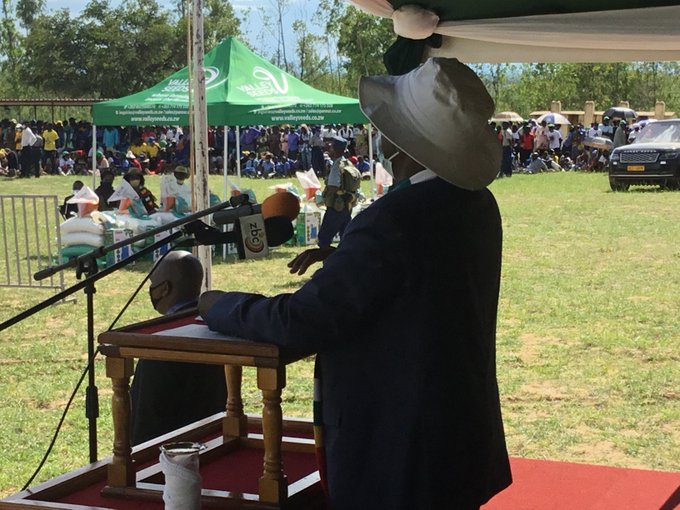 Despite the government’s ban on large gatherings, a large crown which was described by President Mnangagwa’s press secretary George Charamba as “thousands of supporters” was seen in the following pictures waiting for President Mnangagwa to address them at a rally in Chivi.

The photos was shared by Charamba who uses the handle Jamwanda on Twitter when he shared the following information:

We are now at a Zanu-PF Rally where thousands have come to welcome their son, President ED Mnangagwa, whose umbilical cord is in the earth of Chivi. Naana Sabhuku Vharazipi varipano!!!

His Excellency the President welcomed the 74 projects done in Masvingo under devolution, stressing local communities must take full advantage of piped water scheme to engage productively all year round. With Presidential Input Scheme now reaching every household, hunger and food.
After an inspiring drama on Mbuya Nehanda’s death sentence by Justice Watermayer in 1896/7, the President urged for a concerted fight against ravages of sanctions through enhanced Agricultural production.

Masvingo should be able to provide 40-45% of national cereal requirements given its strong water harvesting facilities. The Govt has plans for opening up Chiredzi and turning it into a green belt.

The President insisted that more and more, Zimbabwe must undertake its own infrastructural projects to reduce indebtedness will enhancing capital formation for sustainable development.
The President revealed that the Ministry of Lands, Agriculture and Rural Development is acquiring borehole drilling rigs enough to deploy to each and every Province. The plan is to drill 5 000 holes in the next year and half’s time.

Information Ministry Secretary Nick Mangwana shared a video of a huge crowd that gathered at the event to meet President Mnangagwa: 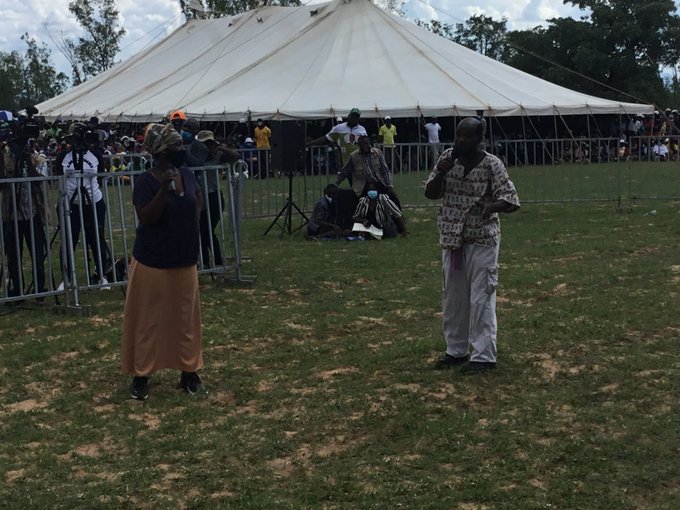 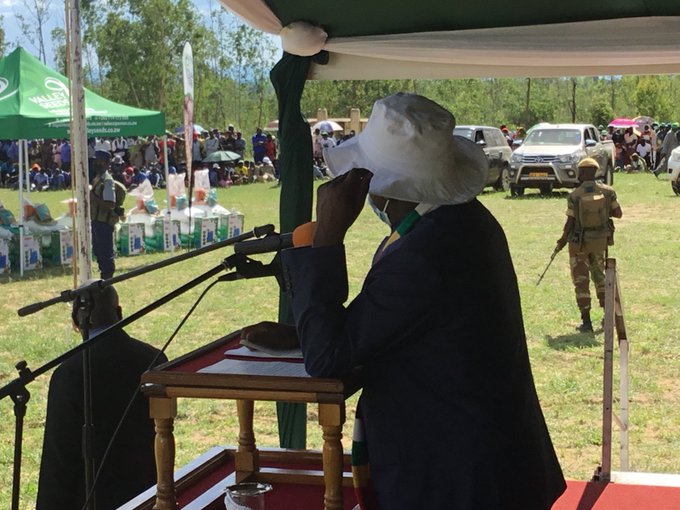 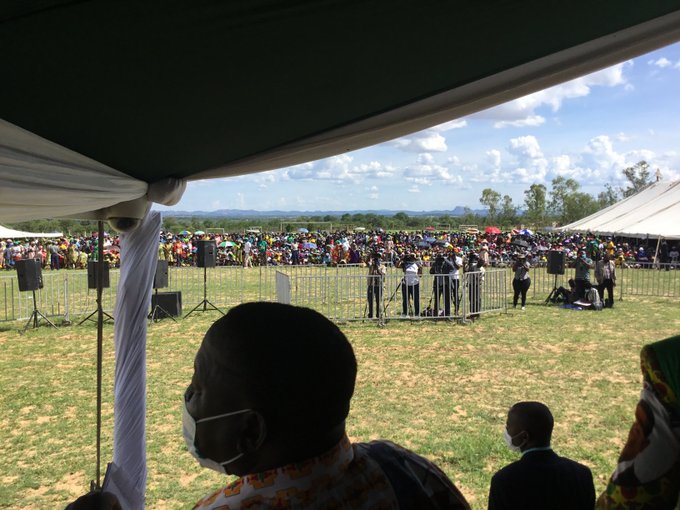 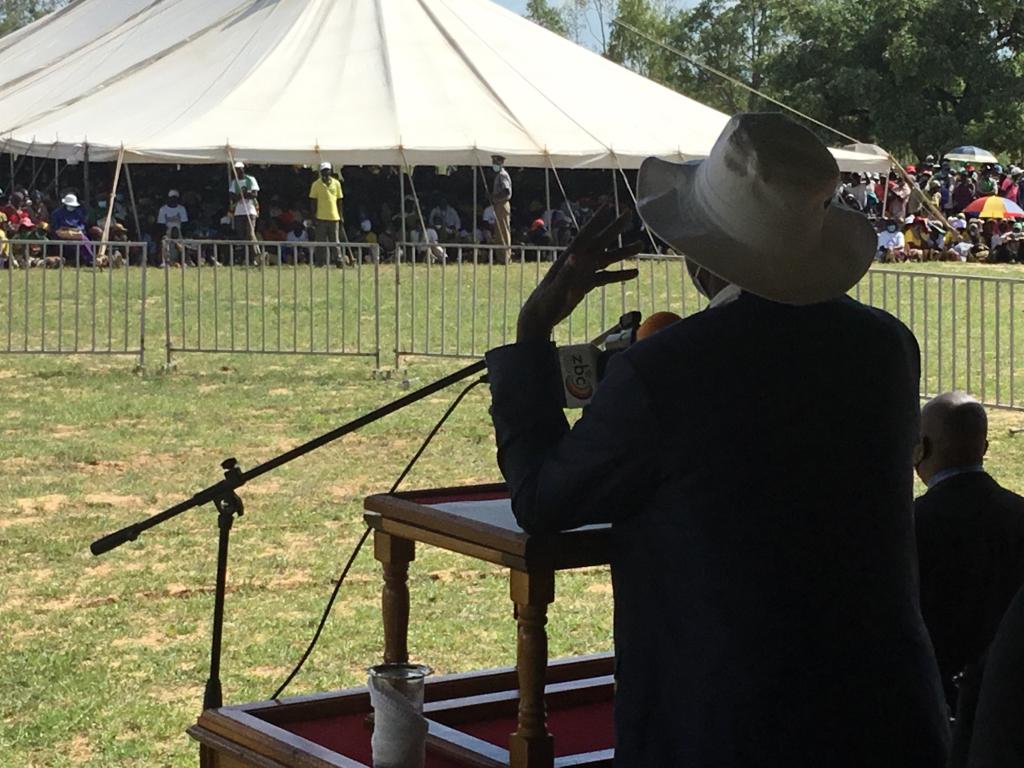 One Comment on “PICTURES: “Thousands” Of Zanu PF Supporters Gather At A Rally In Chivi”