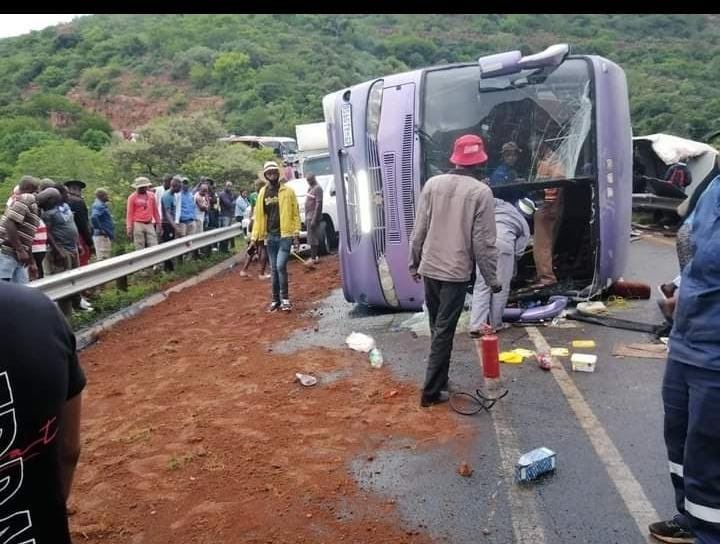 Officials in the area told the publication that one person was seriously injured in the accident and they were taken to Louis Trichardt Memorial Hospital while 18 others had minor injuries.

Mr. Matome Moremi the ministry of transport provincial spokesperson for Limpopo when asked about the accident said:

The matter is still under investigation. We cannot give too many details at this stage. What are getting from the ground is that a total of 23 people from that bus were injured.

Further details about what might have caused the accident are still sketchy.