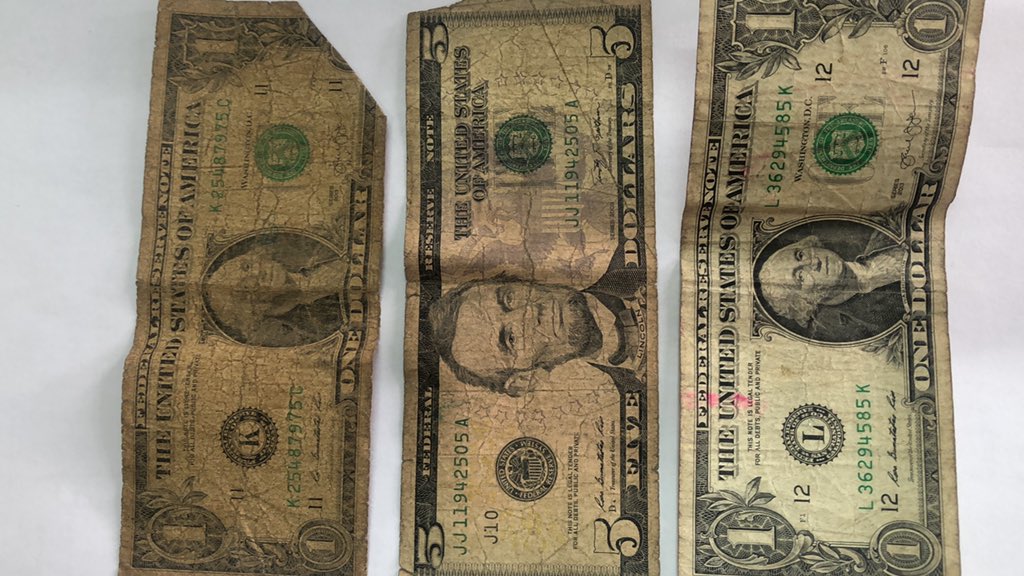 The RBZ has released the following statement stating that old and tattered USD noted are still legal tender and sellers should not decline such notes.

This comes amid reports that some notes especially $100 dollar bills that were released before 2006 have a lesser value than those released in/after the year 2006 and some sellers reportedly pro-rate such notes.

According to the publication they received reports that old and mutilated notes are being rejected and they thought they should address the issue:

It has come to the attention of the Reserve Bank of Zimbabwe (the Bank) that some persons are refusing to accept old and worn United States dollar (U.S. dollar) notes alleging that they are old and mutilated and therefore of no value.

For the benefit of the transacting public and as already advised by the USA Embassy in Zimbabwe in its Tweet on 16 November 2020, the Bank wishes to inform and restate the position of the United States Government that U.S. dollar notes do not expire no matter their age, and that the U.S. Government does not even consider old, worn notes to be mutilated as long as more than half of the note is intact, and the value of the note is clear. 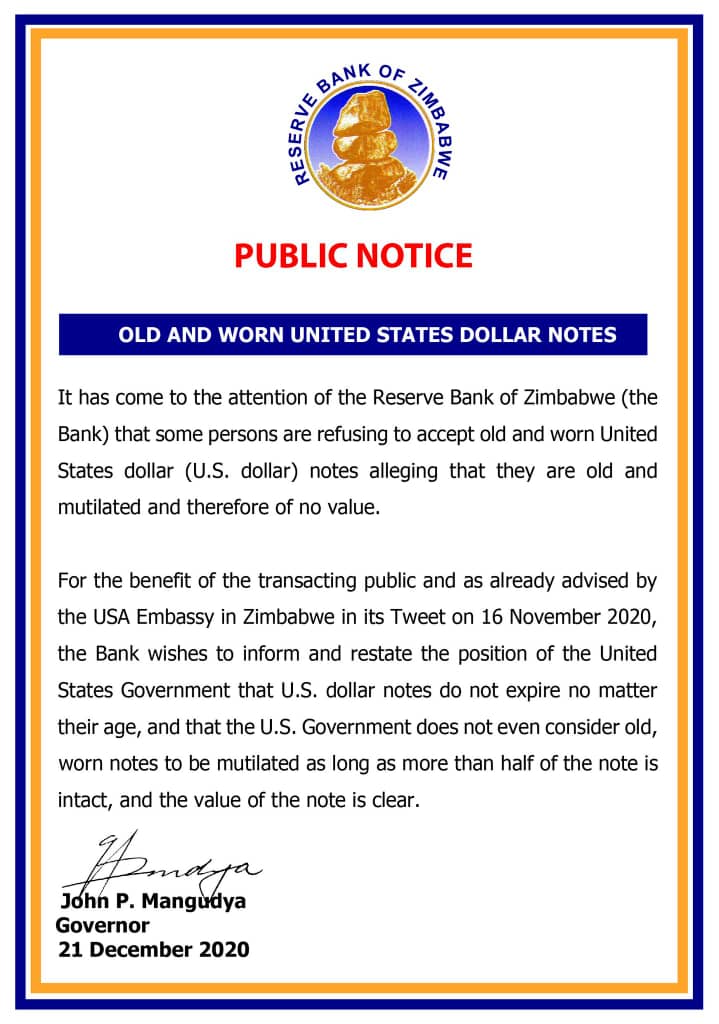 One Comment on “FULL TEXT: Old And Worn Out US Dollar Notes Do Not Expire – RBZ”