Forex auction results for 21 December 2020 are in and the Zimbabwe dollar has marginally lost against the greenback.

In total, US$29.82 million was allotted this week the bulk of the allotment (US$13.3 million) going to raw materials. 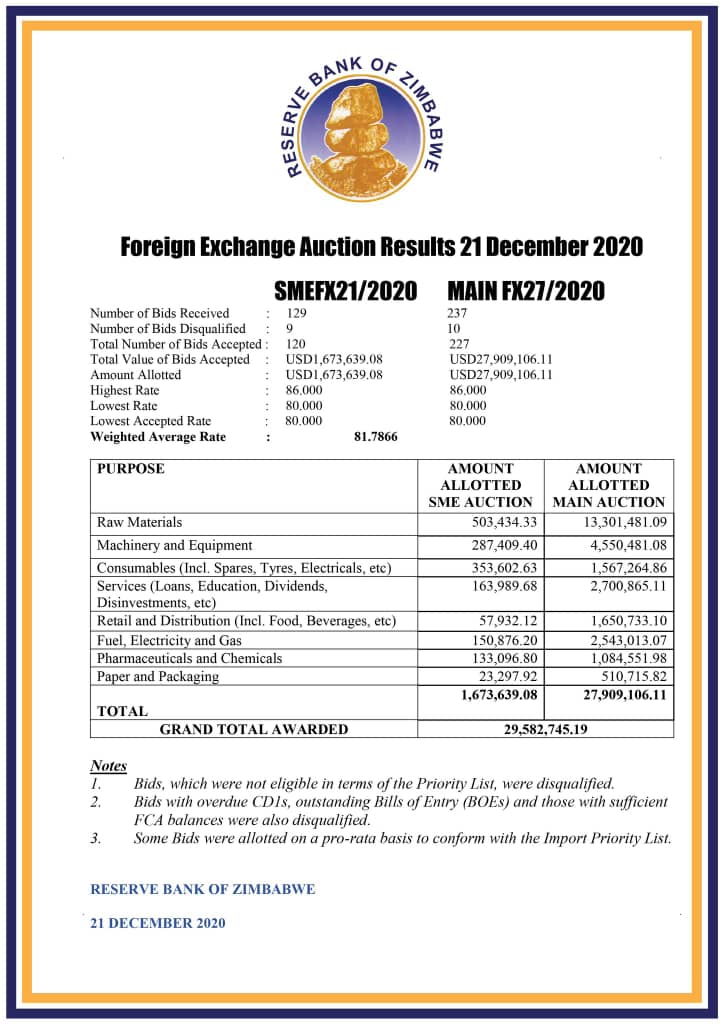