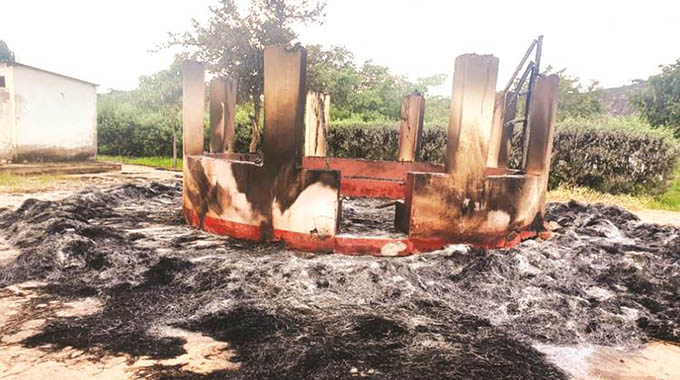 A hut belonging to Thanks Makore who was recently released on bail in the murder case of his nephew Tapiwa Makore was reportedly gutted by fire on Friday, The Herald reports.

The incident was reportedly narrated to the publication by Thanks’ brother Shadreck who narrated how the fire destroyed the house of Thanks a few weeks after another fire gutted Thanks’ twin brother Tapiwa Makore Snr’s house and said:

My cousin brother who is currently staying at Thanks’ homestead woke me up at midnight and alerted me of the incident. When I woke up, I noticed that the hut and gazebo were on fire.

I am still wondering how the kitchen caught fire because it’s barely a month since we witnessed Tapiwa Makore Senior’s hut also being burnt to ashes.

A witness identified as Rita spoke to the publication and said the fire could have been started by someone who is seeking revenge:

When the incident occurred, I was fast asleep and I only woke up to see Makore’s house burning. Now, what is troubling us is the person behind these fires because sometime early this month, Tapiwa Makore Senior’s hut was also reduced to ashes. I personally think that whoever is behind these fires, is seeking revenge for the murder of Tapiwa

Thanks Makore was granted bail after the judge ruled that there was nothing linking him to the crime.