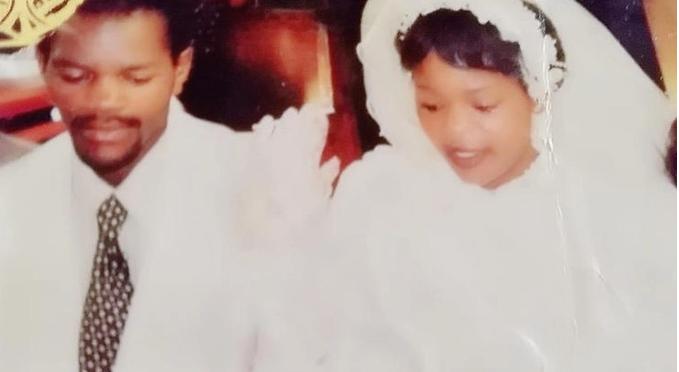 Memory Chisinga who is reportedly legally married to Gringo since 2002 spoke to the publication and said she doesn’t want anything from the late comedian’s estate because she is OK.

This was reportedly after Netsai Meki, the woman Gringo was married to when he died tried to register his estate only to be told he is legally married to Chisinga. Chisinga is saying she is being abused on social media as people claim she is behind the chaos marring the late Gringo’s family.

I have a life here in South Africa. I left Gringo when I was seven months pregnant and my boy is now 17 years old. I don’t want anything to do with his so called estate. I am happy with what I have,

I have instructed my relative to send me the marriage certificate to prove to the world but unfortunately the person who knows the whereabouts of  the papers  is not at home. I left Gringo in 2003 because of his insecurities.

Meki should not drag me in their dirty shenanigans rather she should deal with others. I was done with Gringo, 17 years ago and I don’t need anything. I raised my children single handedly. Why claim his properties now? I don’t have issues with Meki as I have never met her.

Chisinga even said she was aware of Gringo’s illness and her friends even helped Gringo during the time he was in dire need:

I am not part of the Boora family but I have children so I hear everything that happens there.

I have a very good relationship with other family members.

I knew about his illness from day one. My friends Jackie Ngarande and Pokello helped in paying for his surgery last year, but ungrateful Meki had the guts to say . . . (Aah taifunga kuti vabatsira because they love Gringo ndaisatoziva kuti ishamwari dzamai Tanaka).

Who does that? I didn’t come to the funeral but my family represented me.

If I was selfish, I would have taken the next flight to Zimbabwe the moment I heard about Gringo’s death.

I would have used my marriage certificate and taken over as the surviving spouse or worse sued Meki for adultery damages, like said before. I have long moved on and don’t stoop that low.

Meanwhile, Gringo’s memorial service was held at night last week after his son Taurai said he could not attend earlier as he was attending a wedding.