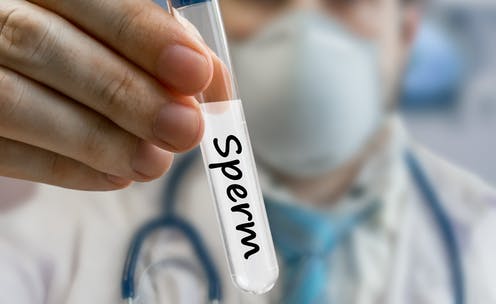 One of the world’s most prolific sperm donors says the coronavirus pandemic has not slowed him down after being told that three British women are set to give birth to his children in 2021.

‘Joe Donor’, from the US state of Vermont, has already fathered 150 kids – impregnating about 10 women a year – and has donated his sperm while travelling across the United Kingdom.

The 50-year-old, who anonymously donates his sperm and never uses his real name in interviews, has been living in Ilford, north-east London, for the past three months after arriving in September. Said, Joe:

Helping women create the gift of life is the best present of all.

I’m always ready to climb down that chimney and give women the dream baby they’ve always wanted.

Since arriving in the UK in September I have met up with about 15 women.

Most of them don’t want to have sex as they say it causes too many issues in their relationship or they’re lesbians but it’s more effective when it’s natural.

… I feel like I’m the luckiest man in the world to be able to help women in their time of need.

It was lovely to hear the news that three women I met during my time in the UK are now pregnant.

There’s no better Christmas present than that.