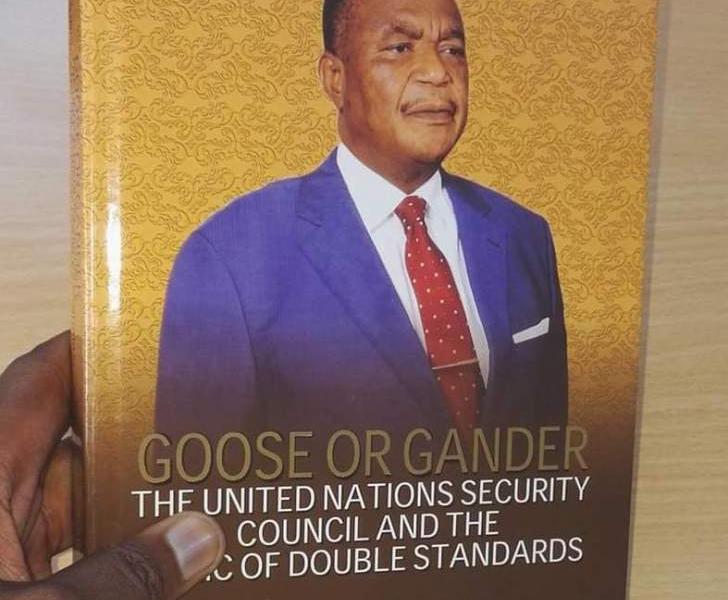 Vice President Constantino Chiwenga has published a book titled, “Goose or Gander: The United Nations Security Council and the Ethic of Double Standards”.

The book was launched at State House in Harare on Wednesday where President Emmerson Mnangagwa was the Guest of Honour.

In the book, the retired army general attempts to explain how the United Nations Security Council led by Western countries allegedly abuses the veto power for self-serving interests.

VP Chiwenga said the unsuccessful attempt by the United States and Britain to impose sanctions on Zimbabwe using the United Nations motivated him to write the book. He said:

Issues to do with security have always been of interest to me. This book is the outcome of an academic journey.

The foiled attempt by some western powers to intervene in the affairs of Zimbabwe motivated me to research and come up with this book.

I have attempted to provide a comprehensive account of UN security.