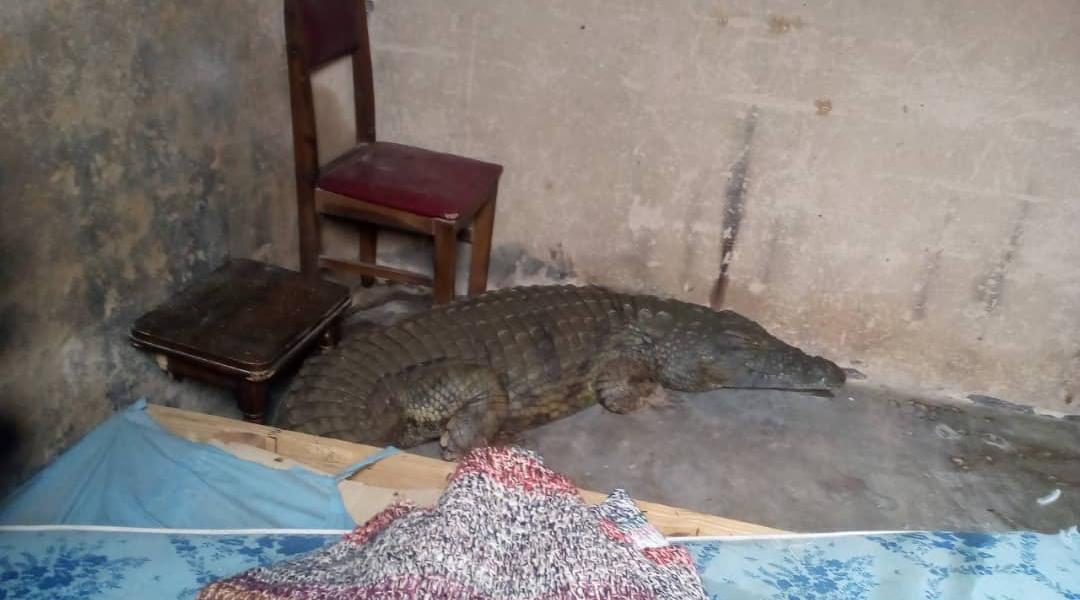 Villagers from Zananda area under Chief Nhema in Shurugwi are still reeling with fear after a huge crocodile was found stashed in a disused hut at the Marandure homestead.

The crocodile was discovered by Josphine Marandure last week and she alerted other family members who then went and made a police report at Donga Police post. She said:

We reported the matter to the police and they then alerted officials from the Zimbabwe Parks and Wildlife Management Authority who then came and capture the croc the following day.

Chief Nhema confirmed the incident which he said has left villagers petrified. He said:

We are still in a state of shock because we have not had such incidents before but we have been given some explanations by officials from Zimbabwe Parks and Wildlife Management Authority that such incidents happen especially when its raining season like this.

The humongous reptile which did not harm anyone is thought to have crawled out of a nearby Zananda Dam which was now full following some heavy rains in the area.

Zimparks rangers shot and killed the crocodile saying it had become a threat to human life as it had abandoned its natural habitat.