Forex auction results for 15 December 2020 are in and the Zimbabwe dollar has further rebounded against the greenback.

In total, US$31.94 million was allotted this week compared to US$30.27 million last week, with the bulk of the allotment (US$16.07 million) going to raw materials.

The Reserve Bank of Zimbabwe (RBZ) said bids which were disqualified were not eligible in terms of the Priority List.

Bids with overdue CDIs, outstanding Bills of Entry (BOEs) and those with sufficient FCA balances were also disqualified.

See the table below: 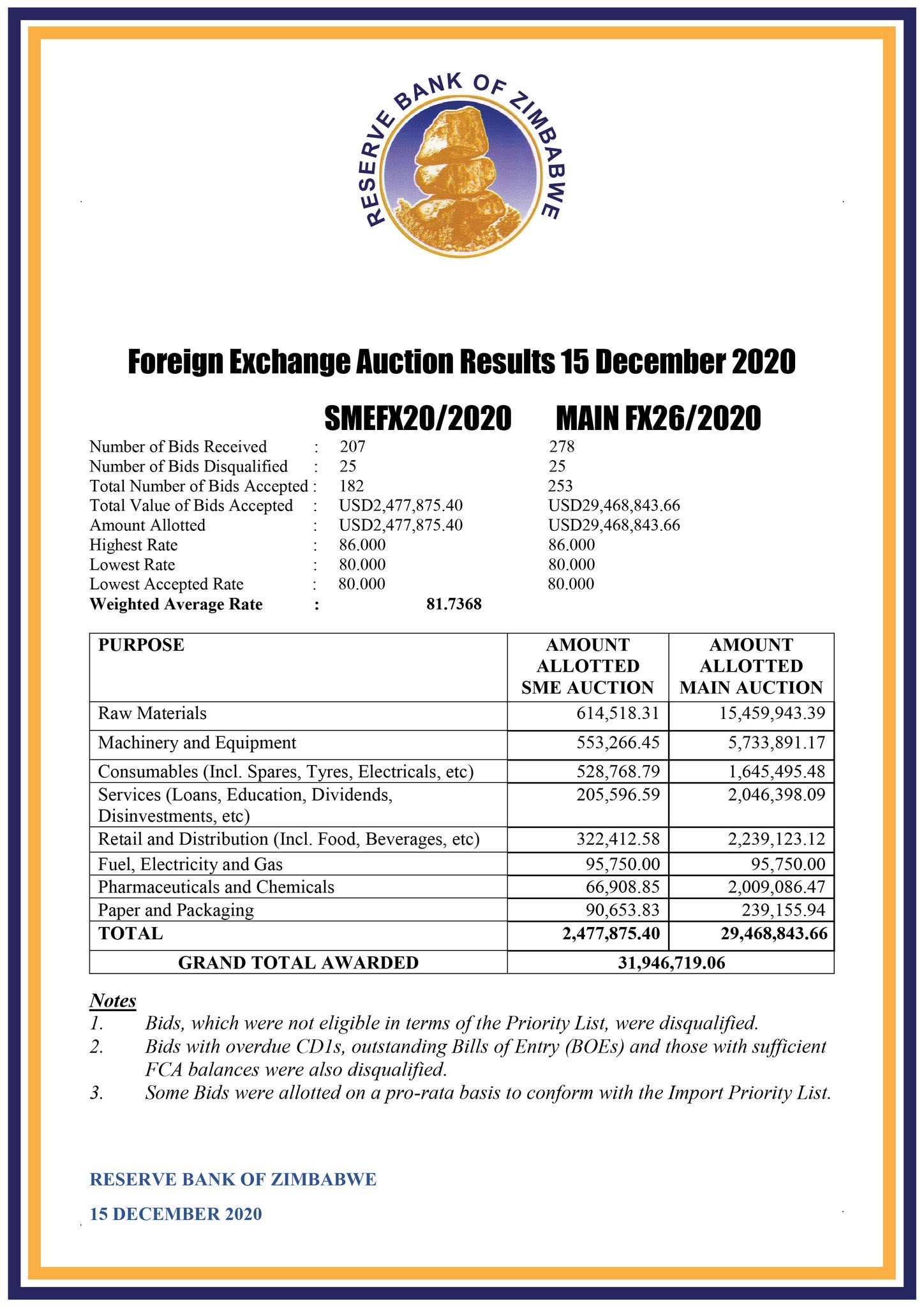