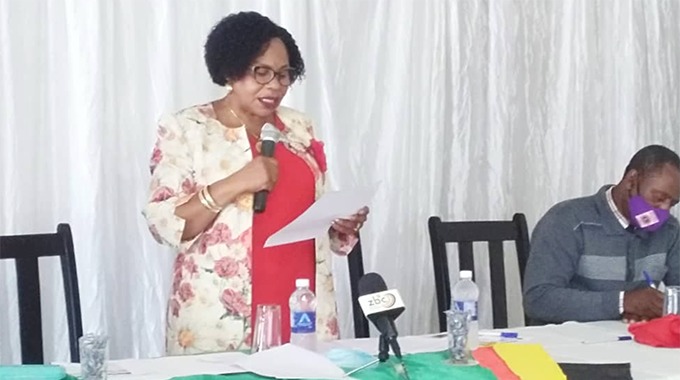 Prominent investigative journalist Hopewell Chin’ono has said Information, Publicity and Broadcasting Services Minister, Monica Mutsvangwa was either lying or was misinformed when she said Zimbabwe currently has over US$1 billion foreign currency reserves.

Mutsvangwa made the remarks during a three-day workshop in Gweru with journalists from various media houses. The Herald quoted Mutsvangwa saying:

For the first time in decades, we now have over $1 billion in forex reserves in just two years, it summarises the robust changes brought about by the Second Republic since the November 2017 Operation Restore Legacy.

However, Chin’ono said Mutsvangwa’s assertion is simply not true as there is a difference between money supply and foreign currency reserves.

Chin’ono said the US$1 billion Mutsvangwa was referring to is not forex reserve but money which is in circulation. He wrote on his Facebook page:

The Minister has just told a LIE… She is mixing terms either out of ignorance or deliberately to mislead the unsuspecting citizens/public.

It is either she has been misinformed, or she is plainly engaging in propaganda.

She is saying that there is US$1 billion today in forex reserves. That is not true.

What she is talking about is money which is in circulation. That is called money supply or M2.

Tendai Biti left US$6.5 billion money supply/M2 when he was GNU finance minister.

Secondly, today they don’t have balance of payment reserves as the minister said.

The GNU had U$550 million balance of payment which covered 3 months.

Balance of payment is what is given to importers when they need it to settle debts outside the country.

Today forex reserve receipts are piling up at the Reserve Bank of Zimbabwe because they don’t have money.

So I don’t know what the minister is talking about!

Money supply is what we are using and is in circulation, that is not balance of payment or forex reserve!