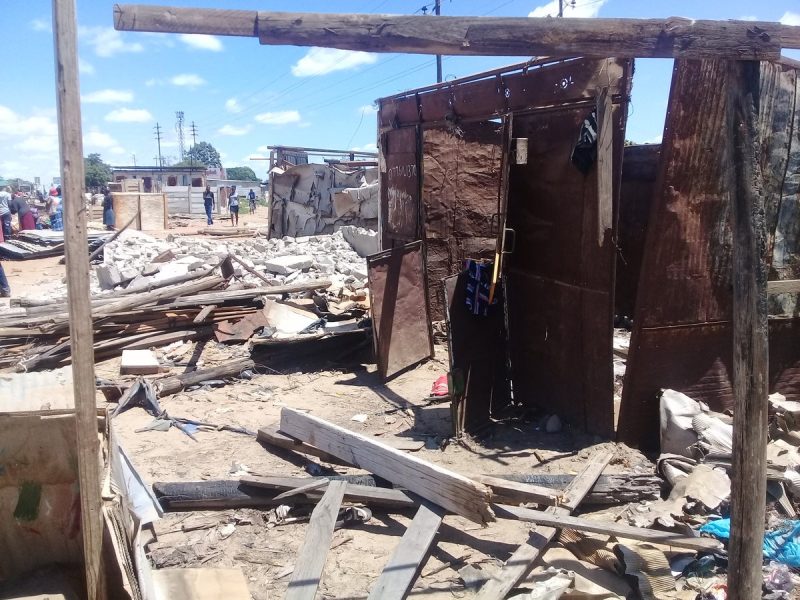 The Zimbabwe National Organisation of Associations of Residents Trust (ZNOART) has urged urban home-seekers to take due diligence in following laid down procedures of buying stands and the attendant procedures for building structures.

This comes after the recent demolitions of ‘illegal’ structures in Harare South, Budiriro, Warren Park and Zimre Park.

In a statement, ZNOART national chairperson Shalvar Chikomba said while there has been a lot of debate about the morality of razing people’s houses to the ground and the timing of the demolitions, it still remains a fact that illegalities should not be condoned.

Chikomba said there are precautionary measures which could save residents from losing their hard-earned money spent on erecting structures only to have them razed down. He said:

ZNOART advises all urban home-seekers to verify with relevant authorities (Council, Deeds Office and Surveyor General) whether the purported land has the following accompanying documents: Subdivision permit (issued after layout plans have been approved); Development Permit (issued after engineering designs have been approved by Council Engineers); Dispensation Certificate (issued after title survey has been approved by Surveyor General); Certificate of Compliance (issued by Council); Title deed of the property (which gives the legal name of the property and is verifiable at the Registrar of Deeds), among other pertinent precautions from being duped by unscrupulous land barons and corrupt Council officials and syndicates.