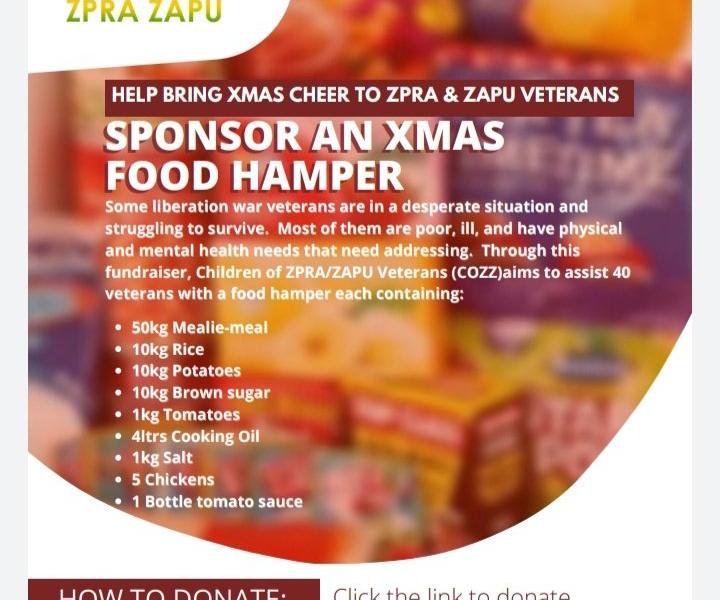 Children of ZPRA and ZAPU Veterans (COZZ) who are reportedly wallowing in poverty have embarked on a fundraising campaign to raise funds to buy food hampers for the war veterans during the 2020 Christmas season, The Standard reports.

This was revealed by Mthulisi Hanana, the director of the Dumiso Dabengwa Foundation (DDF) who spoke to the publication and revealed that the DDF was fundraising for the initiative together with Mafela Trust:

When war veterans were being vetted, most Zapu and Zpra cadres were not vetted. As a result, they are not getting much or not realising any benefit from their participation in the liberation struggle.

We have a dilemma that our parents are not recognised as war heroes, are not being taken care of by the government of the day and they had their properties meant to fund their welfare taken away by their government, leaving them to wallow in abject poverty.

ZAPU Spokesperson spoke to the publication and said they endorsed the initiative by the Children of The ZPRA and ZAPU Veterans :

We are not as a party in a position to articulate anything, but only to applaud the initiative to supplement on our struggle veterans’ welfare, which has largely been ignored by the state, leaving Zapu veterans to live and die in abject poverty due to government neglect.

The 2020 festive season is gloomy because of the effects of the ongoing COVID-19.