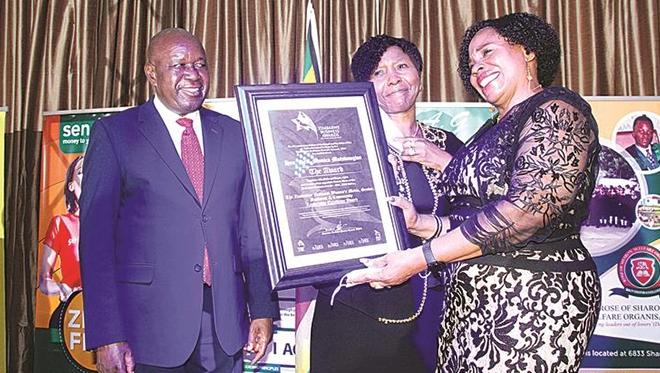 Speaking about her award, Muchinguri Kashiri said she was honored to receive the award:

I am humbly honoured to receive the award. I owe it all to my dear comrades that I struggled with through a very odious journey which started at the humble age of 16 in Mozambique when women fought side-by-side with men.

While Mutsvangwa thanked President Mnangagwa for giving her the opportunity:

Today, I am proud to be standing among giants who have walked this path before me and who have shown with their achievements that there is no limit to what women and young people can accomplish if they believe in themselves.

Allow me to humbly thank His Excellency the President of the Republic of Zimbabwe, President Dr E.D Mnangagwa for believing in women and giving us an opportunity to share in the leadership of the country as a sizeable number hold portfolios in his Cabinet.

The awards which seek to recognize excellence in business are run by Zimbabwe Business Awards Council,